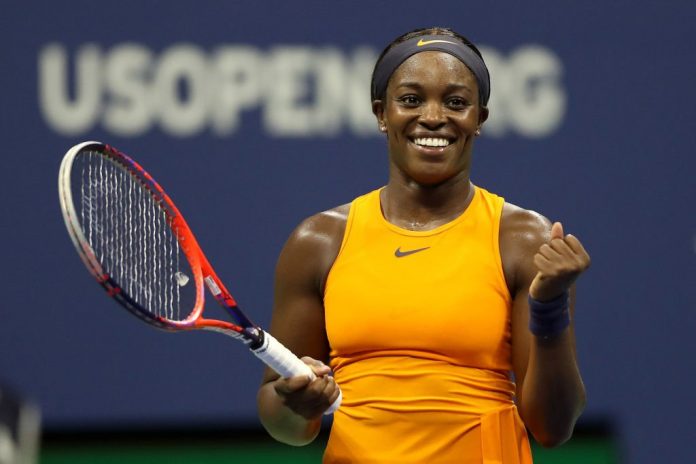 “I think defending a title is super tough,” Stephens told the NY Post reports. “I think the expectation to come in here and win the tournament is just ridiculous. Defending a title isn’t defending. If you were to play the same people in a row again and beat all of them again, that would be defending your title. You’re playing a whole new draw.”

And now Stephens is just a few wins away from claiming the top trophy.

“Who cares about the trophy?” she said. “I’ve only seen my trophy like once or twice. It’s at my grandparents’ house [in Fresno, Calif.] It’s in their dining room. They see it every morning, show all their friends.”

Before a crowd at the Arthur Ashe Stadium she defended her place.

“I’m playing solid — I just have to keep that in mind,” Stephens said. “Being the defending champion is crazy. Then to follow that up and do well again, I think it’s something to really get behind.”

Serena Williams is also playing well at the US Open.

Two days after Serena Williams defeated sister Venus Williams in a U.S. Open showdown, she beat Kaia Kanepi 6-0, 4-6, 6-3 to advance to the quarterfinals for the 15th time.

Tennis Smash reported that Williams was unstoppable on Sunday as she swept through the opening set against Kanepi in a record-breaking 18 minutes.