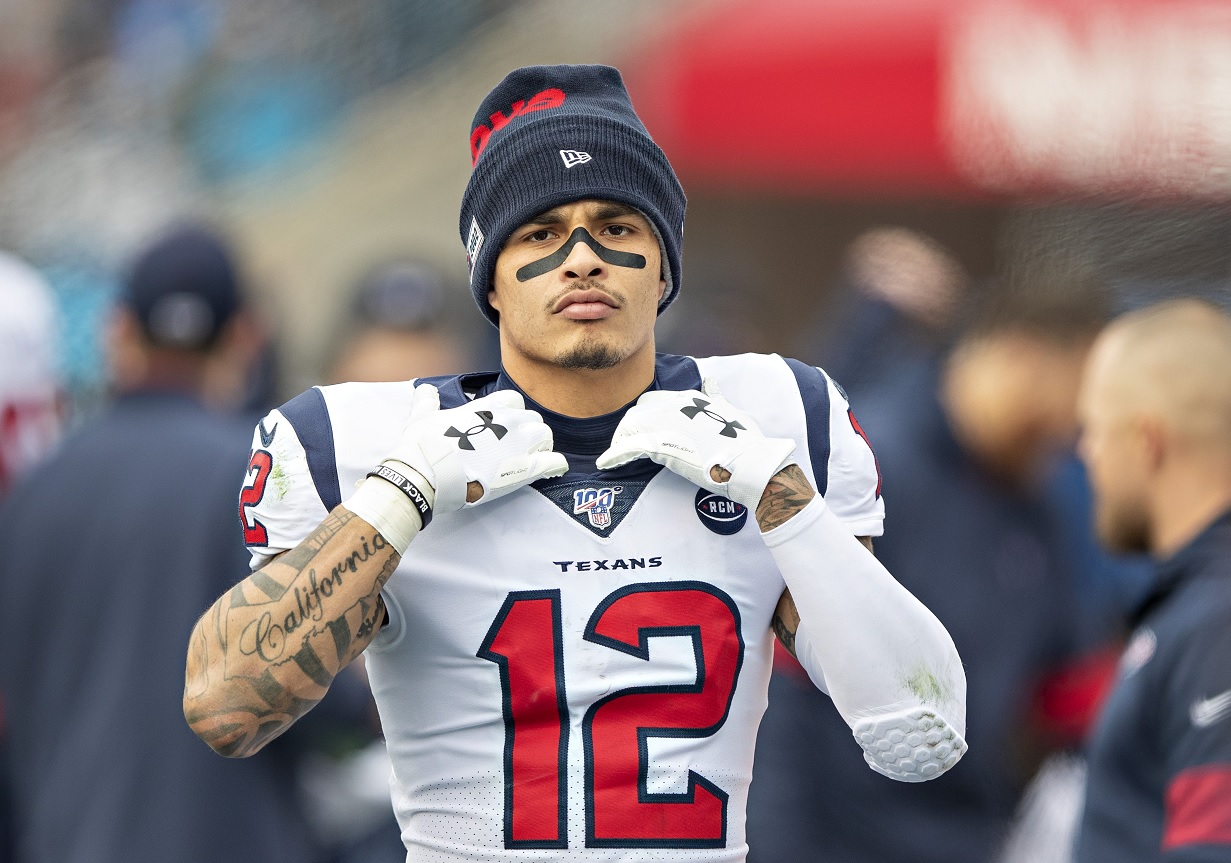 Stills was released from jail Wednesday. He posted a video to Instagram Live saying he was safe.

Stills tweeted a photo of his mugshot.

“Good trouble” with my brothers and sisters- organized by @untilfreedom.

A longtime vocal supporter of social initiatives against racial prejudice and police brutality, Stills also participated in a march for Taylor last month at the state capitol in Kentucky. Last month, he attended George Floyd’s funeral in Houston and later tweeted that “Sports are a distraction from the movement.”

Houston Texans receiver Kenny Stills was among 87 people who were arrested on a felony charge in Louisville on Tuesday after marching to the home of Kentucky’s attorney general in protest of the Breonna Taylor killing by police there.

Stills, who joined Colin Kaepernick in taking a knee during the playing of the national anthem before NFL games in protest of police killing of Black people, was booked at 11:36 p.m. on Tuesday after being arrested along with the other protestors earlier in the day.

The protestors had marched to the home of Kentucky Attorney General Daniel Cameron to demand action against the police who shot and killed Breonna Taylor without even knocking on her door in March.

Stills, 28, is being charged with intimidating a participant in the legal process, which is a felony. He is also facing a misdemeanor disorderly conduct and criminal trespass charges. His arraignment was set for Wednesday.

According to the Louisville Courier-Journal, the protestors were arrested “due to their refusal to leave the property and their attempt to influence the decision of the Attorney General with their actions.”

The Texans have not commented or released a statement on Stills’ arrested at this time.