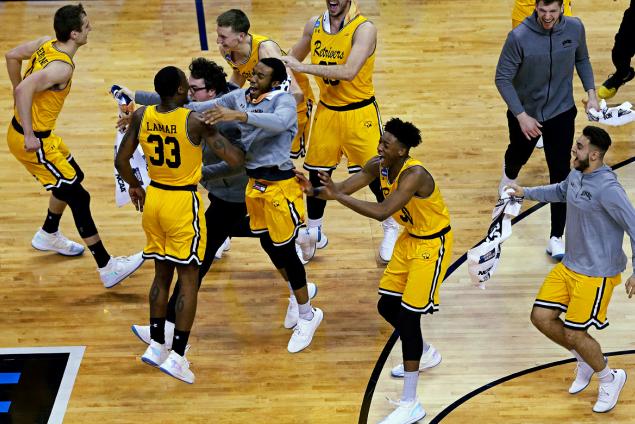 And then THIS happens.

The University of Maryland-Baltimore County — a program with a longer name than resume — goes out and beats Virginia.

College basketball can’t die, and nights like Friday are why.

They are why tears flowed freely in the stands, and on the court, for a basketball game that should have been routine, and turned out to be anything but.

They are why, despite the sport’s growing list of unseemly, unsolvable problems, there is so much worth saving.

“The biggest thing I love about this is, I love seeing them smile,” UMBC coach Ryan Odom said of his players after their once-in-a-lifetime shocker, a 74-54 drubbing of the Cavaliers. “Great kids. High-character kids. They deserve it.”

It has not been a good season for the sport.

Dozens of programs have been ensnared in an FBI probe and subsequent media reports looking into improper benefits to players provided by unmoored coaches and shady agents. That has led the NCAA to trigger an investigation by none other than Condoleezza Rice, who should make her conclusions available shortly after the Final Four.

When all is said and done, the NCAA is unlikely to do anything to disassemble this tournament, which is worth more than $820 million a year in TV money and provides the funding that keeps not only basketball, but every other college sport besides football, up and running.

The unspoken irony is that the tournament provides the stage for the small, out-of-nowhere programs that presumably do things the right way — programs like UMBC — to compete against, and sometimes defeat, all those monsters that presumably create all the problems that got the sport in this mess to begin with.

When a little guy beats a monster, the way it happened Friday night in Charlotte, tears well up and beautiful stories get told.

If it weren’t for all those monsters to beat — to say nothing of that wonderfully designed, NCAA-created, 68-team piece of art called the bracket — the tournament wouldn’t be anything more than an extension of a 5,000-game, 351-team regular season, 99 percent of which flies past mainstream America completely unnoticed.

“When you put a bunch of teams together and put brackets in there, then of course, you’re going to get some great stories,” said Robert Thompson, the pop culture professor at Syracuse who is, himself, a No. 1 seed when it comes to dissecting what America loves and why. “There’s the excitement. And sometimes there’s the uplifting, enlightening stuff that manages to seep in, in spite of everything else we’ve heard this season.”

UMBC isn’t the only amazing story from the first two days of the tournament.

There’s the tale of a nun, Sister Jean Dolores Schmidt , who writes up scouting reports for Loyola-Chicago, and certainly had a prayer answered Thursday when Donte Ingram heaved up a shot from the logo at midcourt that went in just before the buzzer to lift the 11th-seeded Ramblers to a 64-62 victory over Miami.

Before UMBC became Friday’s biggest — only? — news, 13th-seeded Marshall defeated No. 4 Wichita State 81-75 in an entertaining upset, though it was impossible to ignore the deeper meaning behind the matchup. The programs were bonded by the tragedies of a pair of airplane crashes that killed multiple members of their football teams over a six-week span in 1970.

No two-hour game can mend those wounds, not even a half-century later. But sports have always served as a great healer, and March is filled with stories that briefly take fans to a place where anything seems possible.

“We had an historic season, and then we make history be being the first 1 seed to lose,” Virginia coach Tony Bennett said. “I’m sure a lot of people are happy about that, and it stings. But it can’t define you. … When you step into the arena, the consequences can be historic losses, and you have to deal with it.”

It will take time for Bennett’s players to get over this loss.

All the other basketball fans: Who’d want to miss a single minute?

“It should make you forgive and forget,” Gonzaga coach Mark Few said. “You watch these games … and it’s definitely captivating, and it makes you want to believe in the good part of the sport, which is probably like 98 percent of it.”