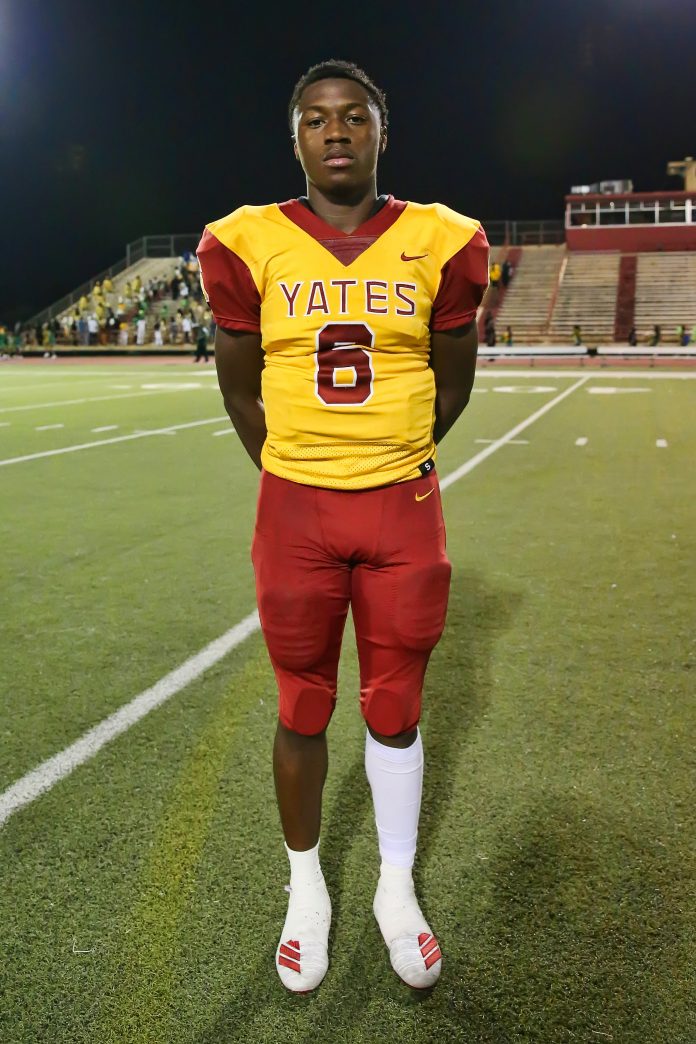 Jack Yates High School sophomore quarterback Dominick Martin is an under-the-radar, dual-threat talent who is more than capable of making plays with his arm as well as his legs.

In the 40-13 Yates victory over cross-street rival Worthing, Martin’s skill sets were on full display when he ran in a touchdown to start the game and later scored three passing touchdowns.

“He is a young guy who will sometimes make mistakes but is very coachable,” Hickey said. “He is a leader who never quits and that is why I enjoy working with him.”

The Defender spoke with Martin after the Scott Street Classic to discuss his four-touchdown performance against Worthing, how he has faced the challenges of being tasked to play quarterback as a sophomore and JY’s next matchup against Stafford.

Martin:I want to play like Baltimore Ravens quarterback Lamar Jackson. I want to be able to run when I have to and be able to throw the ball.

Defender: Walk us through the first touchdown you ran that kicked off the explosive night for the offense.

Martin:Before the play even started, I saw that they were playing outside, so I just ran it up the gut and got in there.

Defender: How do you distinguish between when to look for open receivers to pass to or take off and run?

Martin:When I see that the play is not developing and things don’t look like they are supposed to look with the receivers, I just take off and run.

Defender: You’re just a sophomore. How have you faced the challenge of leading the offense?

Martin:At practice we go hard. We started out with a little patch of grass when were just out there working on footwork and lateral drills. Since then we just build the offense up to put it together because we worked really hard for this.

Defender: Any thoughts about your next opponent Stafford?

Martin:I haven’t watched film on them yet, but we are going to get it figured out.