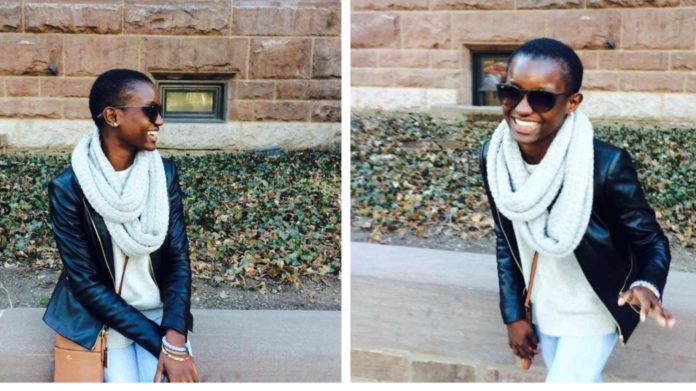 Smith College student Oumou Kanoute says a university employee called the police on her for the “crime” of eating her lunch on campus.

Kanoute took to Facebook earlier this week to let the public know about the incident.

“I am blown away at the fact that i cannot even sit down and eat lunch peacefully. Today someone felt the need to call the police on me while I was sitting down reading, and eating in a common room at Smith College,” she wrote. “This person didn’t try to bring their concerns forward to me, but instead decided to call the police. I did nothing wrong, I wasn’t making any noise or bothering anyone. All I did was be black.”

The rising sophomore said she had a meltdown after the jarring incident and she expressed her frustration with being racially profiled. “No student of color should have to explain why they belong at prestigious white institutions. I worked my hardest to get into Smith, and I deserve to feel safe on my campus,” she wrote.

Kanoute also posted two video clips of her interaction with the officer who arrived on the scene. He asked her what she was doing in the common room and she explained that she was reading and eating lunch to take a break from her campus job at a summer program. The officer said an employee had called out of concern that she was “out of place” and Kanoute noted that incidents like that are far too common.

In a follow-up post, Kanoute further explained that she was also misgendered in the “out of place” police call. “I’m sending this message because there was a recent incident in which a white staff member at the school reported me to the police as a suspicious black male sitting in the common room. I demanded that the administration share the name of the person who made the 9-1-1 call so that they can confront and acknowledge the harm done to me as s student,” she said in the post.

She also noted that it would have been quite possible that a member of local police force as opposed to the campus cops could have been the responder. “Smith College routinely outsources their summer security to the Northampton Police Department, so it was particularly traumatizing to realize that someone with a lethal weapon, and the full authority of the state of Massachusetts might have been called to respond to the incident,” said Kanoute.

Smith College issued a statement acknowledging the incident and condemning the phone call. “This incident has raised concerns in our community about bias and equity. Smith College does not tolerate race- or gender-based discrimination in any form. Such behavior can contribute to a climate of fear, hostility and exclusion that has no place in our community. We have reached out to the student to offer support and discuss next steps, and will conduct an investigation of the incident with the employee, with Human Resources and with Campus Police.”

The statement also addressed why it would not honor Kanoute’s request to release the name of the 911 caller. “We have received multiple requests to release the name of the individual who called Campus Police. Under college policy, any campus police records that are released must redact the names of parties involved. This policy recognizes the potentially adverse consequences of releasing identifying information, especially in those cases where doing so may discourage the use of this critical safety resource.”