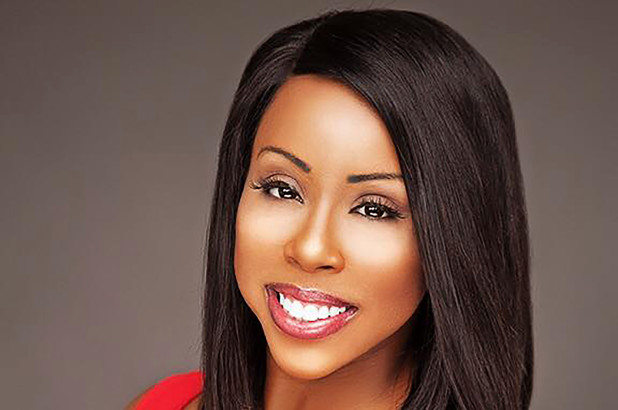 We are all still mourning the enormous loss of Maryland Congressman Rep. Elijah Cummings. He passed away on Oct. 17 at 68 years old. Now the woman who sparked Trump’s vile and racist attacks on Baltimore and Cummings, is actually attempting to run for his seat in the House.

Her name is Kimberly Klacik. The 37-year-old is also known for posting horrible (and carefully selected) videos about Baltimore on her social media, which promoted Trump’s attacks on the city with her videos often being referenced. Trump repeatedly retweeted the videos.

Klacik has now announced she will run in an April special election for Cummings’ seat. And where did she tell everyone? Fox News of course. For some reason she decided to bring up “The Squad” (lhan Omar of Minnesota, Ayanna Pressley of Massachusetts, Rashida Tlaib of Michigan and Representative Alexandria Ocasio-Cortez) — none of them live in or represent Maryland, “First of all, they’re not getting any work done — if we’re going to be honest. But also, we need stronger Republican voices against socialism, against the ‘Squad’…just helping with his policies and draining the swamp. And I think, honestly, the American people need stronger voices on transparency within Congress.”

She is already whining on Twitter that the “left” is attacking her, “I have not been an announced candidate for more than 2 hours and the far left is already attacking me. I need your help now more than ever. Baltimore deserves better.”

Klacik is clearly doing this for attention because she has no chance in winning. The Washington Examiner reported that Maya Rockeymoore Cummings, Cummings’ widow, 48, “will be most likely successor to fill his congressional seat.” She is currently the chairwoman of the Maryland Democratic Party and ran for Maryland governor in 2017. She and Cummings have been married since in 2008.

Cummings became a member of the Maryland House of Delegates in 1983 and by 1996 he was the U.S. House of Representatives from Maryland’s 7th District, which is the seat Rockeymoore Cummings would run for.

Elijah Eugene Cummings was born Jan. 18, 1951, in Baltimore, Maryland. He was a graduate of Howard University and the University of Maryland School of Law.

According to his official House bio, Cummings “began his career of public service in the Maryland House of Delegates, where he served for 14 years and became the first African American in Maryland history to be named Speaker Pro Tem. Since 1996, Congressman Cummings has proudly represented Maryland’s 7th Congressional District in the U.S. House of Representatives.”

In his final hours, Cummings was still pushing policy. Rep. Ayanna Pressley wrote on Twitter back on Oct. 17, “As I was paying my respects to our forever Chairman, his staff told me that in his final hours he signed subpoenas to USCIS and ICE, pursuing justice for immigrants in my district & across the country with chronic medical conditions. A man of his word every moment of his life.”