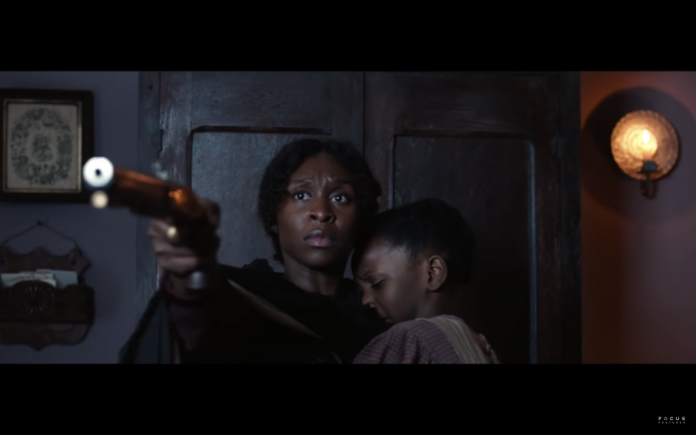 An organization led by Black women has called out the movie studio behind the upcoming Harriet Tubmanbiopic named “Harriet”.

GirlTrek describes themselves as the largest public health non-profit for Black women and girls across the U.S., according to their site. A lot of its work focuses on mobilizing walking teams for health, healing, and advocacy initiatives.

Recently, it announced via its email newsletter that it tried to form a partnership with Focus Features, the studio behind “Harriet.” However, Focus allegedly failed to fulfill its promises and it was even accused of trying “to exploit Black genius.”

GirlTrek continually speaks of how Harriet Tubman inspires its work, considering how she trekked with many slaves to freedom. Thus, the group thought a partnership with Focus Features would be appropriate for the release of “Harriet” on Nov. 1. However, the organization explained that Focus “refused to guarantee that they would actually use their influence to help GirlTrek promote walking to Black women.”

“What had been a clear understanding that the film would help GirlTrek inspire Black women everywhere to walk by using star power from the movie and a powerful social media campaign, became a series of backtracking on commitments – well we can’t guarantee that this star will talk about GirlTrek at the walk, or that that star will share a post…”

“Four months of building a campaign only to be given a contract hours before the press release was to go out that didn’t guarantee they would actually help save the lives of Black women, or that they would invest back into the community that they stood to profit the most from, and — to add insult to injury — their team, followed the time old tradition of trying to exploit Black genius by insisting on contract terms that would have given them full ownership of OUR idea, our design concept and our work.”

GirlTrek went on to say that it was so distracted by the potential partnership that “when we saw an advance screening of the film and felt some kind of way about the quality and the story, we said it’s OK. Sheepishly.”

Despite now breaking ties with the movie and Focus Features, the GirlTrek team stressed that this is not a boycott. “Not when Donald Trump is less than a year away from being reelected,” they wrote. “Not when Flint is still waiting on clean drinking water. Not when Atatiana Jefferson was killed in her own damn home.”

They encouraged women to still go see the movie if it’ll bring them joy. However, they said that their “bottom line” is to “save the lives of Black women.”

“We are inspired by Harriet’s legacy to never ask permission, to come back and get our sisters, to rally our allies and to find joy,” they finished. The group will be hosting a month-long #WEAREHARRIET campaign to honor Harriet Tubman’s legacy through action.

Focus Features has yet to publicly respond to the newsletter.