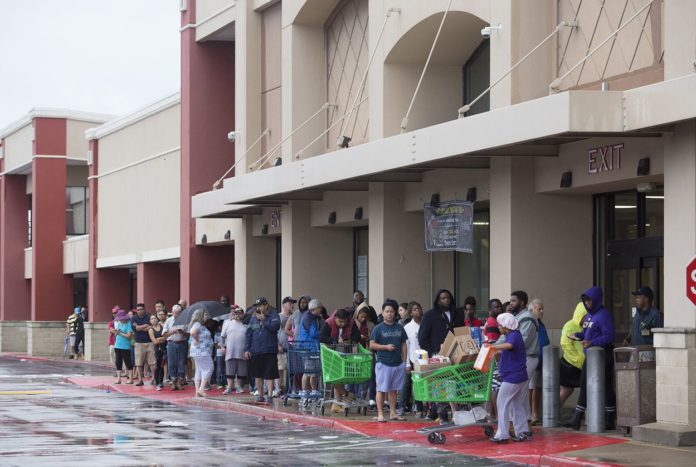 Thousands of Hurricane Harvey victims gathered in Houston to apply for food stamps, after the emergency program that grants them was extended for three days, several news organizations reported.

People waited for hours in lines or in heavy traffic that formed outside Deussen Park in northeast Houston, the only site designated to receive the applications, which must be submitted in person.

State officials decided to reopen the Disaster Supplemental Nutrition Assistance Program, or D-SNAP, between Wednesday and Friday this week. After Harvey, the program had been open for 15 days and served 634,400 people, according to Click2Houston.

A spokesperson with the Texas Health and Human Services Commission, which oversees the program, said the agency expected a surge of applicants with the deadline extension, but didn’t anticipate the confusion, KHOU reports.

Emmett said those in need had other chances to apply for the emergency food stamps. “Since we only had between 100-150,000 homes impacted, not even totally destroyed in Harris County, the fact that 300,000 homes have already gotten these cards indicates that something is going on,” Emmett said, according to KHOU.

Under D-SNAP, a four-person household can receive up to $649 toward groceries. Applicants have to live in one of the 39 counties covered by the federal disaster declaration and must show they’ve lost income, had their home damaged, paid for disaster-related expenses like temporary shelter or home repairs and didn’t receive benefits from the federal Supplemental Nutrition Assistance Program, or food stamps, before the storm. They also have to meet income eligibility requirements.

The application sites will be open Thursday and Friday between 8 a.m. and 7 p.m.