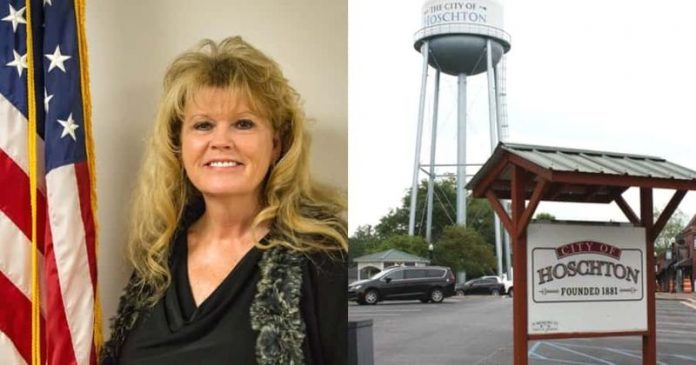 If you’re Black and applying for a job in the mostly all-white town of Hoschton, Georgia, you may want to reconsider: The Mayor doesn’t want you.

According to The Atlanta Journal-Constitution, Mayor Theresa Kenerly told a member of the City Council she yanked the resume of Keith Henry from a group of four finalists “because he is black, and the city isn’t ready for this.”

Not ready for a Black executive in 2019?

Henry was a talented, qualified and competent candidate for the city administrator job in the small town of Hoschton, population 1,700, about 50 miles northeast of Atlanta. But 55 years after former President Lyndon B. Johnson signed the historic Civil Rights Act in 1964, Kenerly either doesn’t think her town is ready for an African-American administrator – or Kenerly isn’t ready to forge a professional working relationship with a Black man who would wield a significant amount of power around the tiny township.

Hoschton appears plagued with harsh racial realities. The Georgia NAACP is calling for an investigation of Kenery’s comments and a volatile statement by City Councilman Jim Cleveland who says he opposes interracial marriage.

Kenerly appeared confused when approached by reporters and she seemed to develop a sudden case of amnesia.

“I can’t say I said it or not said it,” she told reporters according to The Atlanta Journal Constitution.

She later issued this statement:

“I do not recall making the statement attributed to me regarding any applicant for the City Administrator position, and I deny that I made any statement that suggest (sic) prejudice,” she said.

Another case of selective memory?

Here’s what we know: Henry said he was interviewed by Kenerly over the phone. He told a reporter that he realizes racism in America is prevalent but he didn’t feel Kenerly was particularly racist.

“It comes with the territory,” Henry told The Atlanta Journal Constitution. “If you live in America as a minority you can’t be naïve that it is the reality that you face.”

Kenerly’s alleged comments were made in a closed-door meeting of the City Council  where a City Council member overheard Kenerly whisper her remarks. But then, another council member, Hope Weeks, threw Kenerly under the bus.

“She proceeded to tell me that the candidate was real good, but he was Black and we don’t have a big black population and she just didn’t think Hoschton was ready for that,” Weeks wrote in her account,  according to The Atlanta Journal Constitution.

“Both of us were just appalled, so we thought we had to do something to stop it,” Powers said.

“Mr. Henry was a very professional and qualified candidate who was a finalist for the position of city administrator before withdrawing to accept another position,” she said. “I am thankful for the opportunity to serve the citizens of Hoschton, but this has been one of the most challenging seasons of my life.”

There is a pushback against Kenerly by members of the City Council. Some are calling for her resignation and others are demanding – correctly – that Kenerly recuse herself from the city’s hiring process.

Kenerly should not be involved in hiring city employees, especially when vetting candidates of color. Clearly, it’s Kenerly who is stuck in the past and she’s not prepared – or not willing — to move Hoschton forward.

In emails obtained by The Atlanta Journal Constitution, Powers complained about Kenerly’s behavior.

“Since she corrupted this entire process by trying to shield the application of Mr. Henry from Council members and then making the comment to the effect that while he is qualified he should not be considered because he is black and the city is not ready for this, she should not be a part of this hiring process,” Powers wrote. “I am appalled that in 2019 an applicant would not be hired based solely on the color of their skin.”

Henry, who lives in suburban Houston, Texas, may be appalled, too.

He withdrew his candidacy after he received another job offer in Texas. He also told reporters that Hoschton wanted him to pay for his own travel, room and board to come for an in-person interview on the promise of reimbursement at a later date. He said that arrangement sounded suspicious.

Here’s Hoschton’s city code: “There shall be no discrimination exercised because of race, national origin, color, religion, creed, age, sex … All personnel actions shall be based solely on individual merit and fitness.”

I wonder if Mayor Kenerly bothered to read her own city ordinance. Regardless, maybe it’s time for Hoschton’s progressive residents to elect a new mayor.