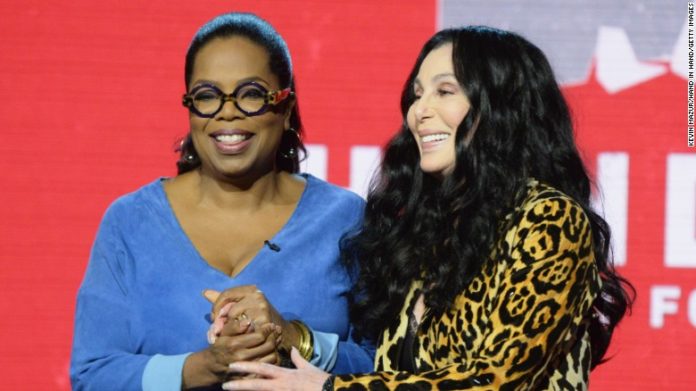 On Tuesday night, the Hand in Hand telethon for victims of Hurricane Harvey and Hurricane Irma raised over $44 million.

“We’ve come together today to love on the people that have been devastated by the hurricanes. When love goes into action, it preferences no color of skin, no ethnicity. No religious beliefs. No sexual preferences. And no political persuasions. It just loves,” Stevie Wonder said at the opening of the show before singing Bill Withers’ “Lean on Me.”

“As we should begin to love and value our planet and anyone who believes that there is no such thing as global warming must be blind or unintelligent,” he added.
During the hour-long event, celebrities like George Clooney, Oprah Winfrey, Barbra Streisand, Julia Roberts, Drake, Sean Combs, Kerry Washington, Luke Bryan, Cher and Tom Hanks all performed or worked the phones.
During the show, Stephen Colbert announced that Apple had donated $5 million, and Jimmy Fallon announced that Albertsons Cos. and Merck each gave $1 million. In the hours after the telethon, an additional $30 million was raised, bringing the grand total to the $44M mark.
Tens of thousands of people have been affected by the hurricanes that hit first Texas and then Florida, bringing with them devastating rainfall and winds that have left their victims without homes and without power.