DefenderNetwork.com
Home LEAD STORY Why so many don’t ‘just leave’ when a major hurricane hits 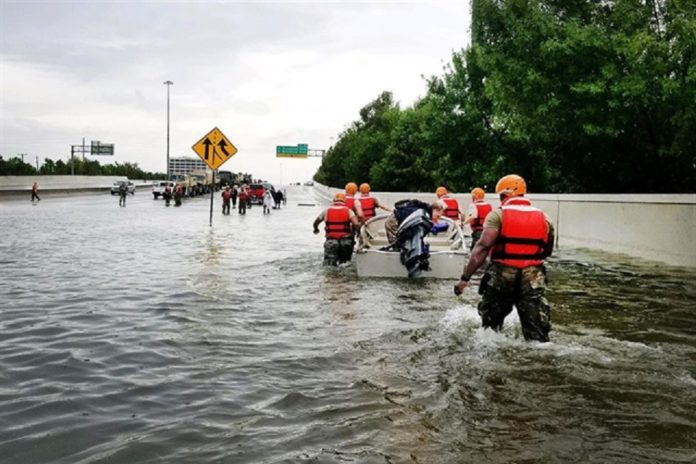 Diane Berberian was so inundated with calls from well-meaning friends and family inviting her to seek shelter from Hurricane Irma with them that she shut off her phone on Tuesday evening.

Despite the grave warnings, the 59-year-old Florida native isn’t going anywhere. It’s far too expensive for the St. Petersburg resident to leave. A flight out of nearby Tampa to Philadelphia, where Berberian has family, would cost her over $1,000, she said. (She noted that she has booked last-minute tickets to Philly in the past that cost as little as $200.)

Berberian is visually impaired, so she doesn’t drive. Even if she did, gas stations across the state are running low on gas. Berberian lives alone and doesn’t have relatives in the area, but she does have friends who will help her get to a shelter, should the need arise.

“I’ve been through this,” Berberian told HuffPost of her past experiences with hurricanes. “I have respect for weather, so I wouldn’t do anything foolish.”

Berberian is hardly alone when it comes to people being unable to escape a hurricane, even one as threatening as Irma.

Those who don’t evacuate before huge storms are often criticized for “choosing” to stay behind. A 2010 study from Northwestern found that the majority of observers looked favorably on Hurricane Katrina victims who had evacuated, calling them “hardworking and self-reliant.” Those who didn’t leave were described as “lazy, negligent and stubborn.”

Such harsh judgments didn’t match the reality of the situation.

Fourteen percent of the people who remained in New Orleans during Hurricane Katrina had a physical disability. Fifty-five percent of them didn’t have access to a car or another way to leave. And 68 percent didn’t have either money in the bank or a useable credit card, Pacific Standard Magazine reported in 2015.

Sometimes, trying to leave can be as risky as sheltering in place.

Travel logistics were a deciding factor last month when Texas officials didn’t order residents to depart before Hurricane Harvey barreled through. At the time, they thought the risks associated with a mass evacuation outweighed those posed by the storm itself, the Los Angeles Times reported.

And they had reason for their fears: In 2005, when Hurricane Rita slammed southeast Texas, at least 60 of the 118 storm-related deaths were connected to the evacuation, according to a report from the Texas House of Representatives. There were cases of heat stroke, fights on the crowded roads and other dangers, the Times noted.

“You literally cannot put 6.5 million [people] on the road,” Houston Mayor Sylvester Turner said as Harvey’s rains were flooding his city. “If you think the situation right now is bad — you give an order to evacuate, you are creating a nightmare.”

For Floridians with access to cars and gas, trying to drive away from the storm is not clearly any safer. Mass evacuations in the face of Irma could cause miles-long gridlock in the state’s long, narrow peninsula, CNN reported.

Flying out is not an easy answer, either. Many flights scheduled for Friday and later have been canceled. Last-minute tickets out of the state were running as high as $3,000, the Miami Herald reported.

A number of airlines have said they aren’t price gouging, which is illegal following a declared state of emergency. American Airlines told the Herald that it hasn’t changed its fare structures and it has added capacity to help affected residents. JetBlue even capped its direct fares out of Florida at $99, but those tickets sold out quickly.

Buses are generally one of the cheaper options. A one-way ticket from Miami to South Carolina costs about $180. But for people who are destitute, even that is out of reach.

For those who have the money and the physical ability to leave, there’s still the question of where to go and where to stay. Unlike Berberian, not everybody has friends and family ready to shelter them for some unknown period of time.

Camillus House, a Miami-based nonprofit that supports homeless people, has been preparing all week for those who have nowhere else to go during the storm. It currently serves about 1,100 people and is preparing to house an additional 100. The group is reaching out to people on the streets, stocking up on supplies, and seeking out additional volunteers who can help fill sandbags and make sandwiches.

For the city’s most underserved demographics, nonprofits like Camillus House could be their only refuge.

“For folks who are homeless, they’re stuck. They’re not moving because they don’t have a means of getting out of here,” Sam Gil, vice president of marketing and communications at Camillus House, told HuffPost. “For people who are poor or homeless, it’s very, very difficult.”