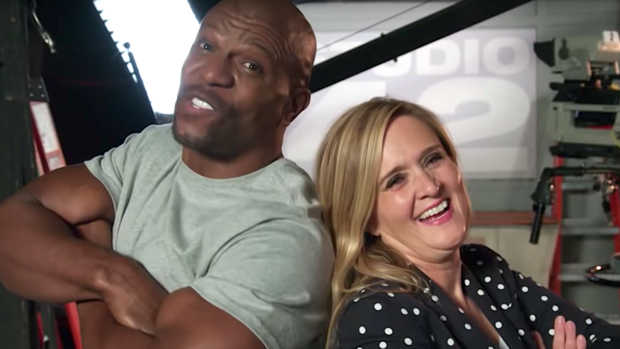 Samantha Bee got silly with actor Terry Crews to make a serious point about male sexual abuse and harassment on Wednesday’s broadcast of “Full Frontal.”

“Brooklyn Nine-Nine” star Crews — who alleges he was groped by a male Hollywood executive at a party in 2016 — joined Bee for a public service announcement to offer alternative ways to get laughs that don’t involve jokes about male rape.

“Sexual assault of men is a real problem and not a joke, despite the way we tend to talk about it,” said Bee, before airing examples of comedians and television shows making light of men being sexually abused.

“Many of the predators in the Me Too era preyed on men, hashtag MenToo!” Be added. “There are tons of other slimeballs out there, and when we laugh at their victims, we make it easier for them to keep Kevin Spacey-ing all over the place.”