Safety concerns in Chicago have led to a surge in the number of black women receiving a permit to carry a concealed weapon.

Since Illinois began issuing these licenses in 2014, the number of black women who obtain a permit has increased each year in Cook County, the Chicago Tribune reported. In 2014, about 800 black women received a permit. So far this year, nearly 1,400 got a concealed carry license.

Though the more than 4,000 black women who have a permit make up only a small percentage of overall applicants in Cook County, they had the highest rate of growth than any demographic from 2014 to 2016 at 67 percent.

Javondlynn M. Dunagan of South Side Chicago told DNAinfo that she overcame her fear of guns after divorcing her husband, who was a cop. She began to feel uneasy not having a gun in the house and started taking firearm safety classes in 2013, and noticed she rarely saw black women. In January 2016, she opened JMD Defense & Investigations, a gun club that educates and empowers women, especially black women.

Several defense groups catered to black women are popping up around the country. Trigger Happy Firearm Instruction in Savannah, Georgia, the Black Women’s Defense League in Dallas and Armed Empress in Atlanta are just a few.

Marchelle Tigner, founder of Trigger Happy Firearm Instruction, noted the increased likelihood of domestic violence against black women in an interview with The Associated Press.

Philip Smith, founder of the National African American Gun Association, told the Tribune that the surge is also attributed to the 2016 election and a presidency that has emboldened racists.

“A lot of black women are now going to the range, to the store buying a gun and then going to practice,” he said. “It’s a definite trend that we’re seeing at our organization and also in general public.”

In 2014, a Pew Research Center survey found that 54 percent of black people believed that owning guns did “more to protect people than endanger personal safety.” Only 29 percent said the same in 2012.

However, Tigner told WBUR that black people are largely shut out of the predominately white and male firearm industry, and stereotypes associated with black gun owners still exist.

“Every story you see with a black person and a firearm is a negative story. It’s about someone, you know, getting shot, or someone robbing someone, so I wanted to change that narrative and make it normal,” she said. “We can exercise our Second Amendment rights just like everyone else can, and it’s not just a bad thing or making you a criminal. And I think education is key to changing that narrative.” 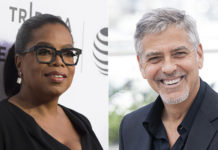