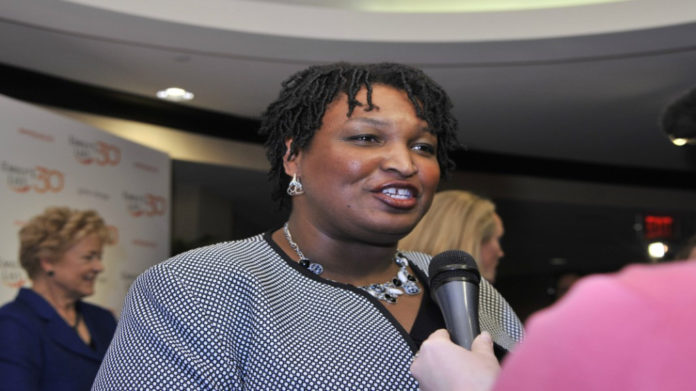 If you follow politics, then you’re aware of how exposed politicians become when they’re asking for your vote. We get to know almost anything and everything about them. Nothing is off-limits, especially their financials (unless you’re Trump, but I digress).

For Georgia gubernatorial candidate Stacey Abrams, her financial disclosures were made public last week, and it turns out that the 44-year-old is $200,000 in debt. Critics say that she is too deep in debt to run for office, but Abrams disagrees.

In order to defend her position, she wrote a piece for Fortune Magazine, explaining why her debt amounts to that much. And guess what? It mirrors the experiences of so many Americans fighting to destroy legacies of poverty. As one of six children, she had to do what she had to do.

The first step out of poverty, of course, is education. With no actual money to fund it, you take out loans (with no guidance), which is what Abrams did.

“I had racked up student loans, and throughout college and beyond, I’d swiftly turned every credit card application into those magical slivers of plastic that allowed me to pay for daily necessities,” she wrote. “I finished my higher education deeply in debt and with seven years of bad credit in my future.”

Sound familiar to anyone? Abrams went on to Yale Law School, and she eventually landed her first law firm job making $95,000, a salary that was three times her parents’, combined. She started using that money to pay down her student loan and credit card debt, but then, life happened.

“I’d love to say that was the end of my financial troubles, but life had other plans. In 2006, my youngest brother and his girlfriend had a child they could not care for due to their drug addictions. Instead, my parents took custody when my niece was five days old,” she continued.

Again, sound familiar? As we all get older, life takes unexpected turns, and if you’re ever in a situation where you can help out family members, then that’s what you do. It’s natural, but it’s also natural to feel the exhaustion of it all, which Abrams was transparent about.

“Paying the bills for two households has taken its toll. Nearly twenty years after graduating, I am still paying down student loans, and am on a payment plan to settle my debt to the IRS. I have made money mistakes, but I have never ignored my responsibilities; I will meet my obligations—however slowly but surely,” she explained.

Basically, her debt is not only the result of her wanting to do better financially, but it’s a result of her having a heart. Critics may be the ones breathing down her neck, but it’s ultimately up to voters to decide whether she’s qualified. And I assume a lot of them will know exactly where she’s coming from.

Primary voting is on May 22. And if she wins the general election, she would become the first black woman Governor of the state of Georgia. Ya’ll can’t tell me that some debt could seriously prevent her from winning, and it seems that you can’t tell her that either.

“I am in debt, but I am not alone. Debt is a millstone that weighs down more than three-quarters of Americans. It can determine whether we are able to run for office, to launch a business, to quit a job we hate. But it should not—and cannot—be a disqualification for ambition,” she declared.