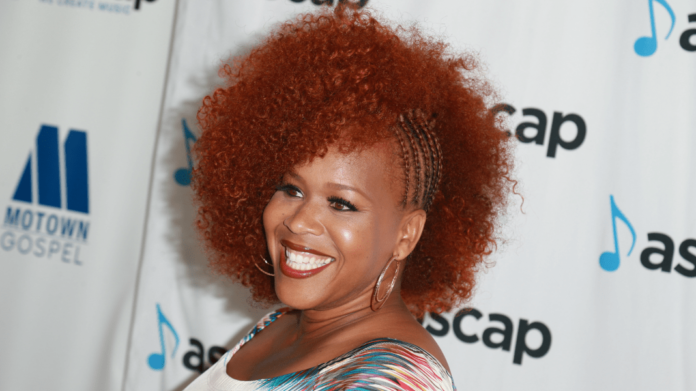 Shortly after Donald Trump was sworn in as the 45th President of the United States, Tina Campbell took to her Facebook page to express that not only would she be praying for him, as Christians are called to do for their political leaders, she wrote that she had a “sensible expectation of him, accompanied by much prayer for him, and a complete dependency on God to work through him, as well as the others that are in office, to secure the welfare of this nation.”

She continued, saying that while she doesn’t always agree with Trump but as the elected leader of this nation, she chose to be for him.

“I choose to believe in President Donald Trump. I choose to stand with him, and pray for him; because, as a follower of Jesus Christ and a firm believer in the Holy Bible, according to 1 Timothy 2:1-3, I have been commanded to: “The first thing I want you to do is pray every way you know how….. especially for rulers and their governments, to rule well…. This is the way our Savior God wants us to live.”

During a recent sit down with The Root, Campbell, after all that has transpired in the past 9 months and counting in the world and at the White House, doubled down on her support and shocked a few people with the admission that she actually voted for Trump.

The Root asked her about the initial letter and whether or not they would discuss politics on the show, Campbell said:

“You ain’t never going to see that in there. Donald Trump is not that much a part of my life,” she shared. “I had a perspective. I had a feeling. And I put it out there. I know there’s some people who don’t agree. I do not agree with a lot of the decisions that this man makes. And I made that very clear in my statement.”

Then the new information about why she voted for him.

“I was faced with two presidential candidates that I really did not approve of. And so I had to find something, a commonality with one of them, that would make me feel like if I have to vote, I should utilize my right to vote. Since I don’t prefer either of them, what can I find that would make me vote? And some of Donald Trump’s views on Christianity, honestly, is what caused me to vote for him. Many of the decisions that he has made afterwards, I have not been in agreement with at all, which I wasn’t in agreement with my last president that I voted for,” she added. “But however, as a Christian, my perspective is to pray for the president, to not use my social platforms or other platforms to try to destroy this man, because at the end of the day, he still represents the country that I live in. So if I’m going to use my platform, my power, my voice, I ought to use it to pray for him. To pray that he would make wise decisions, that he would be true to the oath that he took, and to not incite fear by talking about everything that’s wrong, especially with people that’s my color.”

But for Campbell, the biggest takeaway is that people realize that what Donald Trump says or does is not what ultimately matters for those who believe in a higher power.

“So all the fear that I was hearing in churches everywhere and amongst African-American people, I was like, ‘Man, we’re making a god out of this fellow. We think that our life is going to go to hell in a handbasket if he don’t get it right. And is he our god or is God our god? Are we going to pray for him or are we going to continue to bash him, which don’t help nothing?

I don’t make those statements to become politically charged. I have an opinion and I expressed it because I was so disheartened from what I was hearing in churches in our community. So that is literally where that came from. Not a ‘Let me tell everybody how for Donald Trump I am and try to get everybody to be on the Trump train.’ That was not it.
And I didn’t feel like trying to explain that or argue that. So I didn’t. So I never talked about it again. I ain’t never explaining that any further,” she maintained. “They can understand it or not understand it. I don’t have an agenda to make people agree with me, believe me, understand me. I have a platform and I use my voice. I understand sometimes people will agree. They will disagree. They will lift me up or they will tear me down. They will bash me or they will build me. That comes with the territory. So I don’t try to chase that stuff. I don’t care to.”