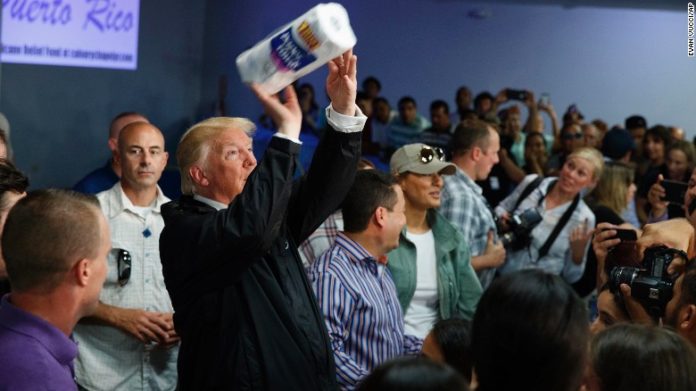 On Tuesday, President Donald Trump went to Puerto Rico to address the rescue efforts and the response on the hurricane-ravaged island. But while he was there, he scolded Puerto Rico over the cost of the recovery and suggested that their suffering was not a “real catastrophe.”

Trump asked officials at the table to talk about the positive impact of federal assistance before he went on to say that, while “every death is a horror,” the 16 reported fatalities thus far in Puerto Rico were nothing next to a “real catastrophe like Katrina.”

However, considering Puerto Rico has very little in the way of electricity and communication while it is still recovering, it is highly likely that the reported death toll will only rise as recovery efforts continue.

“I hate to tell you, Puerto Rico, but you’re throwing our budget a little out of whack, because we’ve spent a lot of money on Puerto Rico, and that’s fine, we’ve saved a lot of lives,” he said.