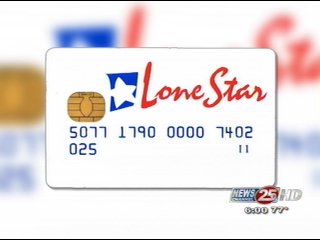 The Trump administration is looking to make big changes to the country’s welfare system, and as part of that process, administration officials are currently considering an executive order that would require federal agencies to review low-income assistance programs.

Two administration officials spoke to Politico on the condition of anonymity and said that a draft of the order was circulated for comment to federal agencies by the White House beginning last week.

The draft reportedly calls for agencies to to review their existing regulations and make adjustments that will conform to a set of broad welfare principles and include work requirements that will shift recipients back into the labor force.

Additionally, it calls for a greater cooperation between state and local governments as well as the elimination of duplicate services. It would also establish a metrics that holds agencies accountable for program performance.

White House spokeswoman Natalie Strom told Politico in an email, “We aren’t going to comment on rumors about future potential Executive Orders. When we have something to release, we’ll let you know.”

No specific program is targeted by the draft order; it calls for an overview of programs across federal agencies.

As Politico notes, the last time there was a major welfare reform was in 1996 under President Clinton. That bill was widely criticized as being harmful for millions of low-income Americans, and since then, efforts to further weaken welfare programs have been opposed by Democrats who believe Republicans use welfare reform to target poor people.

Earlier this year, White House Office of Management and Budget Director Mick Mulvaney told reporters, “If you’re on food stamps and able-bodied, we need you to go to work.”