DefenderNetwork.com
Home ENTERTAINMENT ‘America told us to get over it’: Black Vietnam veterans hail Spike...

When Dedan Kimathi Ji Jaga returned from combat in Vietnam, he painted his walls black, covered his windows and sat in darkness all day. His injuries and post-traumatic stress were severe, but as with many African American soldiers in 1968, the US government gave him little support.

“They summarily released me back to the streets with no aid,” said the 72-year-old California resident.

Black veterans across America are hoping this painful and enduring legacy will get the attention it deserves in Spike Lee’s new film, Da 5 Bloods, which chronicles the journey of four African American vets who return to Vietnam in search of their fallen squad leader and buried gold.

“The plight of African American service members who served in Vietnam, where they are now, why they are the way they are, this should be brought to light,” said Richard D Kingsberry, a veteran in Charlotte, North Carolina, who began his service in 1972 in the navy. “A lot of African American service members never got cared for properly after they returned, and that is a life-altering impact.” 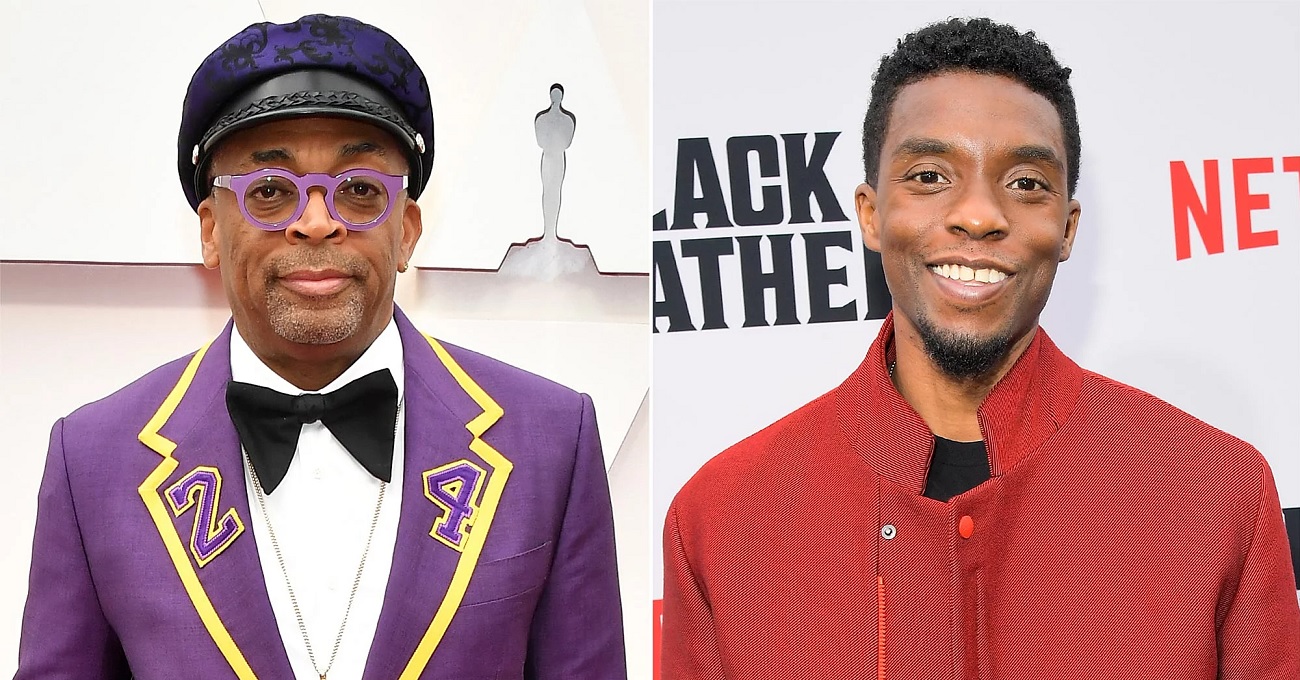 Starring Chadwick Boseman, Lee’s film follows his Oscar-winning BlacKkKlansman, which was loosely based on the true story of a black policeman who infiltrated the Ku Klux Klan. Da 5 Bloods, coming to Netflix on 12 June, promises another politically charged war epic where “our heroes battle forces of man and nature – while confronted by the lasting ravages of the immorality” of Vietnam.

The complexities of black veterans’ history are rarely reflected on screen, and some retired service members said they were anxious for Lee’s exploration, which portrays the powerful moment a group of African American soldiers listening to the radio in the Vietnamese jungle learned of the assassination of Dr Martin Luther King Jr.

Their lives were shaped by fighting America’s first fully integrated war, while riots and racial tensions exploded back home.

“We as blacks, ever since the civil war, have always run to America’s defense, and then when we get back, we’re second-class citizens,” said Larry Doggette, a 70-year-old Vietnam veteran who lives in Hampton, Virginia. “We still are today.”

In 1967, black Americans were roughly 11% of the civilian population, but 16.3% of soldiers drafted and 23% of Vietnam combat troops. Some refused the draft, like Muhammad Ali, a conscientious objector who said: “My conscience won’t let me go shoot my brother, or some darker people, or some poor hungry people in the mud for big powerful America,” and, “I ain’t got no quarrel with them Vietcong.”

But Doggette, raised on a dairy farm, joined the marines in 1969 when, he said, the options for a black American graduating high school were to “work for somebody for little or no money or go to the military”. While deployed in Vietnam, he found himself caught in the same kind of riots that Martin Luther King Jr’s assassination had just sparked in US cities: “White and black not only had to look out for the enemy, they gotta look out for each other.”

He said he didn’t fully understand the racism he was perpetuating against Vietnamese people until he came home and “white America started treating me worse than what I was taught to think about the Vietnamese.”

Thomas Davis, 78, had hearing problems after his service during Vietnam, but he struggled to get the Department of Veterans Affairs (VA) to approve basic disability claims. Meanwhile, he watched white veterans receive meaningful financial support for less severe injuries, he recalled: “As African Americans, we lost more than anyone else … but this whole damn time we have not been treated fairly.”

Davis eventually started Yakima, Washington’s first black-owned construction business, but when white local residents responded to his newspaper ads for a veteran-owned contractor, they would often decline to work with him after meeting in person.

The main work he was able to get after the war was through affirmative action programs with government jobs, he said.

When Ji Jaga went to the VA, officials concluded he showed signs of mental instability but that it could not be classified and did not merit benefits.

Ji Jaga, who now lives in Richmond, California, said he eventually found an outlet and some community in the Black Panther party, which launched in Oakland. “That allowed me to come back down to earth.”

Later, he participated in a PTSD study with other veterans, and two of his white friends in the group ended up receiving VA compensation. He still was not approved for benefits: “I don’t think this country has the consciousness to do what’s right for its citizens of color, much less its veterans of color. We were asking for entitlements that we had earned.”

Kingsberry, commander of the National Association for Black Veterans, noted that many African American soldiers were forced to do menial and degrading jobs upon their return from Vietnam, like cleaning and maintenance, and that some, fed up with the disrespect, wound up dishonorably discharged, denying them any benefits for the rest of their lives. “It was devastating and heartbreaking, but it was a reflection of the country.”

It was difficult to quantify the long-term impacts of this disparate treatment on the health, economic opportunities and quality of life of black veterans, he added. “When white America hurts, something has to be done. But when black America hurts, it’s ‘y’all need to get over it’.” He said he hoped any broader reckoning of this decades-long inequality would address the need for “true reparations”. But he’s not holding his breath: “No one wants to broach that subject and Congress doesn’t want to write that check.”

A good place to start would be recognition of the sacrifices black soldiers made in Vietnam and after, Kingsberry said, adding that he hoped Lee’s film sparked that conversation: “We need more stories of African Americans that served in that era.”

For his part, Lee is more than committed to recording the untold history of black valor. “We’ve always believed in this country,” he said in a recent interview. “That is why we fought for this country, even knowing we were slaves, in the civil war … We built this motherfucker! I mean, we’ve been nothing but patriotic! And this great, great country has not really made its promise yet to people of color.”

Lee is releasing his film at a time when the Covid-19 crisis carries painful parallels for some African American veterans, given the unequal losses of black Americans in the epidemic. Coronavirus fatalities in the US have surpassed the country’s Vietnam death toll.

“These are the most vulnerable people. Why aren’t you doing something more to help the less fortunate?” said Larry Donnell Dugger, a 69-year-old veteran, adding that the continued killings of African Americans by law enforcement similarly keep “the door open to a lot of anger and lack of trust” for black veterans. “There is supposed to be a system for everyone. The wounds that are visible and invisible will always be there.”