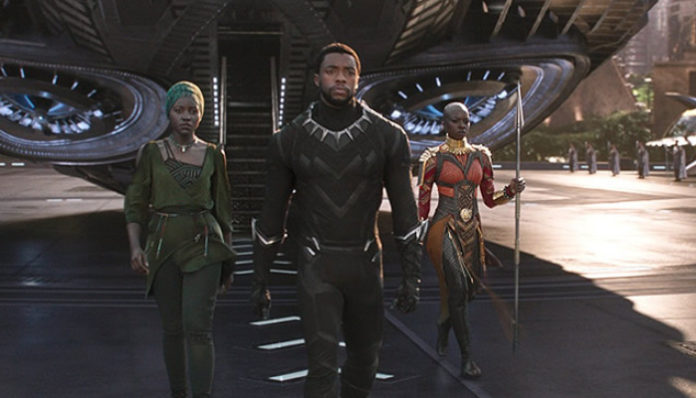 The King of Wakanda is still conquering the box office.

“Black Panther” made an astounding $242 million domestically over the Presidents Day weekend. Not only did this number clobber its estimate of $165 million, but it makes the film the second-highest four-day opening in movie history, just after “Star Wars: The Force Awakens” ($288 million).

The superhero movie that premiered in the middle of Black History Month has a black director (Ryan Coogler) and an almost entirely black cast. It also made $426 million worldwide and has yet to premiere in several major markets.

And “Black Panther” has hit other high marks as well.

According to Box Office Mojo, the opening of “Black Panther” is the fifth-largest of all time. The site also says that it is the new record holder for largest February opening weekend ($202,003,951), the largest winter season opening weekend ($202,003,951), the largest Presidents Day weekend opening and the largest Thursday preview gross in the month of February ($25.2 million) — robbing the previous title holder, “Deadpool,” of all four honors.

It also has the best Rotten Tomatoes score (Certified Fresh at 97 percent) of any Marvel Cinematic Universe film or superhero movie in history, according to Marvel.

It is also the biggest global debut for a predominantly black cast, taking the title from 2015’s “Straight Outta Compton,” per BuzzFeed. It’s also the biggest domestic opening in history for a black director, according to Forbes.