DefenderNetwork.com
Home ENTERTAINMENT CNN’s Paris Dennard has not ‘seen or heard’ any racist comments from... 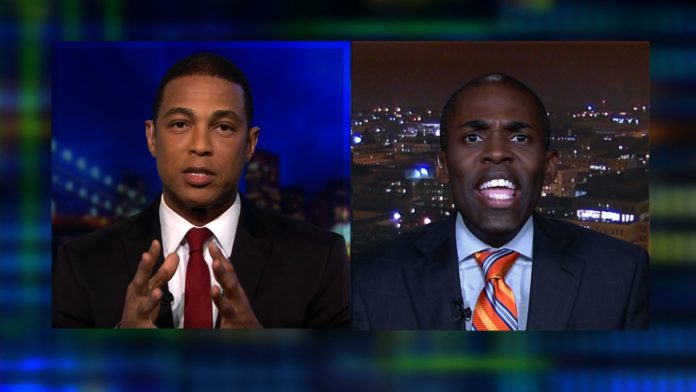 Paris Dennard love some Donald Trump. The racist president could say the n-word on camera and Mr. Dennard would find a way to defend him. The Arizona native’s worship of  Trump has made him  a laughingstock on social media and this weekend was no different.

During the coverage of the women’s march, CNN discussed the legendary director Rob Reiner calling Trump a racist. CNN’s Brooke Baldwin asked Dennard about the “language” from Reiner . Dennard tried to deflect to  the lie of economy is better because of Trump, which is not true — the economy has been steadily approving since Obama.

Baldwin clapped back with, “I understand you’re jumping on the positive, and you’re correct to do so, but there’s so much more in a president than how great those economy numbers are, how great the Dow is doing on any given day.” Baldwin continued, “I mean, yes, he called him a racist. Obviously, I know you don’t agree with that. Look at the plethora of examples that demonstrate perhaps this president’s character and how do you stand up for that?”

Paris Dennard is obviously living in an alternative sunken universe.