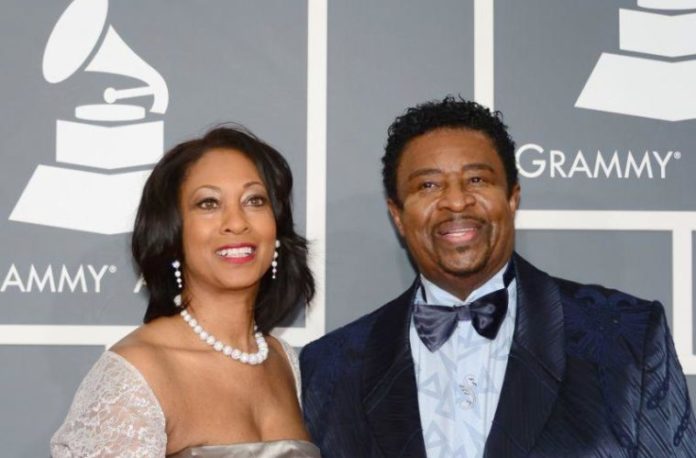 As EURweb previously reported, Edwards passed away at a Chicago area hospital on Thursday, February 1, 2018; just two days short of his 75th birthday

It has since been shared by Dennis’ wife, Brenda Edwards, that the singer died from complications from meningitis.  And speaking of Brenda, it’s now being reported that she’s being investigated by the Chicago police for allegations of abuse against the Grammy award winning (with the Temptations) singer shortly before his death.

Dennis, a Rock & Roll Hall of Fame inductee, had lived in the St. Louis area for more than 30 years, after having been born in Alabama and raised in Detroit.

The following information was taken from St. Louis Today:

An investigator with the Healthcare Consortium of Illinois filed the protection order request on behalf of Dennis Edwards Jan. 12 in Chicago, where the couple lived together before Edwards’ death.

The documents allege that Brenda Edwards had attempted to suffocate the 74-year-old by holding his head face down on a bed. The investigator also accused Brenda Edwards of taking her husband’s hearing aids from him, according to a petition for an order of protection. The documents say Edwards was “bed bound and immobile.”

Dennis Edwards was removed from the home because of medical issues, according to the Jan. 12 document.

An emergency protective order against Brenda Edwards was granted Jan. 18, barring her from contact with Dennis Edwards. A hearing that would have allowed Brenda Edwards to respond to the allegations was scheduled for Friday, but was canceled after her husband’s death the day before.

The protective order was vacated on Friday, after Dennis Edwards’ death.

Brenda Edwards disputed the allegations in a brief statement released Monday night. “I loved Dennis and we were married for 18 years,” she said. “I would have never done anything to harm him. These allegations are false and defamatory and will be proven as such. Until this is all over, I have no further comment.”

The Chicago Police Department confirmed Monday that there is an open criminal investigation into the matter.