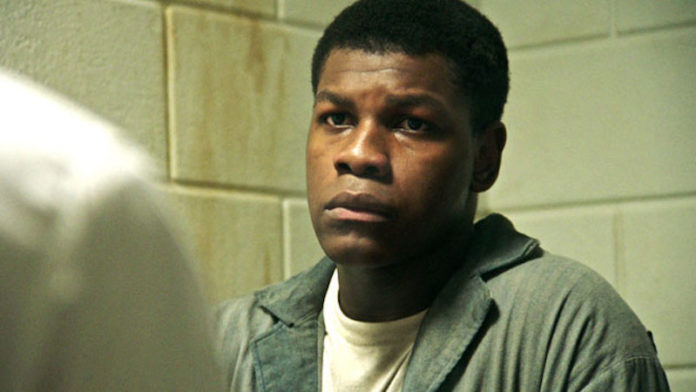 John Boyega of “Star Wars” fame plays Melvin Dismukes, a security guard working across the street from the motel. Anthony Mackie is Greene, a military veteran and one of the people trapped in the motel.

As chronicled in the movie, the three teens who were killed were part of a group of seven Black men, including the Dramatics’ singer Larry Reed (played by Algee Smith in the film), and two white women held by police after 17-year-old Carl Cooper (Jason Mitchell) allegedly fired a starter pistol into the air.

Police shootings of Black men still usually don’t end in guilty verdicts, so the rawness of the film doesn’t feel like a thing of the past. Many say the film is a hard pill to swallow, but it was even harder for Smith, Mitchell and Latimore to film. We talked to the trio about why the film strikes such a chord today and what they hope audiences take away from the theater.

Question: What makes “Detroit” so important for audiences today?

Smith: With this film, we’re putting up a mirror to society and showing that nothing has changed. This is just giving the facts, this is what actually happened. We’re looking at the justice system and saying, “We have to make a change about this.” Because that’s where the problem is – within the justice system.

Question: What drew you three to this project?

Question: What was that audition process like without a script?

Smith: My first audition was with the casting director, but my second one was when I saw (Latimore). A bunch of us there already knew each other, so it was exciting at first. Then, Kathryn brings us all in this room and she’s like, “OK guys, we’re just going to play around with some stuff here…I just want you guys to make up a song and sing it for me and then there’s going to be a cop who busts in the room and throws you up against a wall and you have to react.” We were all like, “What the hell?” But that process really solidified our characters.

Question: Did you pull on experiences from your own lives as young Black men to put yourself into your characters?

Mitchell: Absolutely…if something goes wrong and somebody breaks into my house, I want to be able to call the police. But as a Black man today, I do not feel comfortable with the police. It’s crazy, you sometimes feel like they’re the biggest gang in America more than feeling like they’re there to protect and serve. 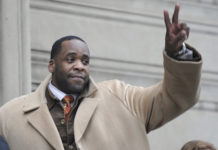