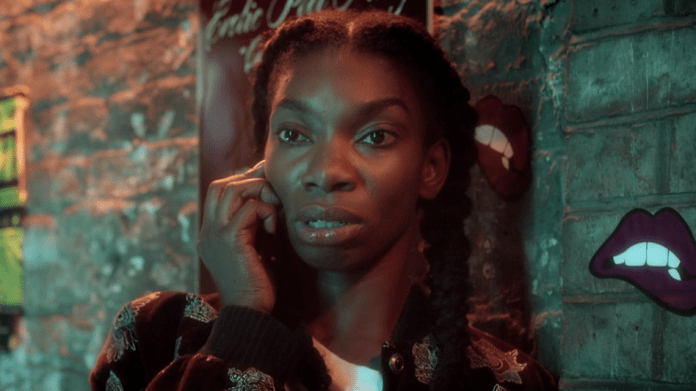 Now that you’ve indulged in all the goodies from Thanksgiving, it’s time to turn your attention away from the menu and focus on what you’ll be watching when the “itis” sets in.

Here’s a binge-worthy list of Netflix offerings that are worth your time over the long weekend:

This quirky UK-import has been on Netflix for a year and it’s worth checking out if you’re in the mood for something a little strange and a lot silly.

The British television sitcom is set in London and follows 24-year-old shop assistant Tracey Gordon, an oddball, religious virgin, who wants to have sex and broaden her horizons, no matter the cost. The show won the BAFTA for Best Female Performance In A Comedy Programme and Breakthrough Talent for Michaela Coel for her work on the show.

If you haven’t made time to squeeze in this raw, intense, exciting film, this may be the weekend to do it. Whether you’re looking for some eye candy (hello, Trevor Jackson) or wanting to relive your college years, this one is sure to fit the bill. WARNING: May result in frat-life flashbacks if you’ve ever been pledged a bit too hard. The film was produced by

We slept on this series for a while but now it’s back on our radar. Logan Browning stars in this TV-version of the 2014 movie that starred Tessa Thompson. The series expands on the movie’s major plot and offers several scandalous layers of thought-provoking drama and each episode offers the perspective of a different cast member. It’s a fun take on the original film and even features Nia Long.

DeRay Davis: How To Act Black

If you’re looking to burn off some of those calories you may work up a sweat from busting up at DeRay’s delicious new comedy special. He takes the stage in the ATL and holds nothing back when discussing everything from his mom’s many men to his acting career.

Jessica Williams is addictive in this smart, funny flick that’s a bit Insecure meets Napoleon Dynamite. This rom-com is unlike many others in that it doesn’t try too hard to be cute and still delivers some real talk on daily issues like navigating the dating world and getting through a breakup.

She’s Gotta Have It

Spike Lee‘s latest project is a reboot of his 1986 film, She’s Gotta Have It. The new version is set in modern-day Brooklyn and offers a much broader look at Nola’s life and lovers than the film did. This fresh take on a classic tale is sure to blow your mind in more ways than one and will undoubtedly resonate with a new generation.

This stirring film directed by Dee Rees will shake you to your core. Set in the Deep South in the 1940s, it follows two families bound by the same land in Mississippi during WWII and digs deep into sexism, racism, and the long-term effects of war on soldiers who come home in. The Oscar-worthy masterpiece stars Mary J. Blige and Jason Mitchell.

Rachel Crow and Ashleigh Murray shine in this hilarious flick about what happens when two teenagers take grown folks business into their own hands after their crazy mother lands herself behind bars.