An online petition was launched when news broke that Jay Ellis would not return to Season Three of the HBO series, Insecure. Fans can calm down because the actor will star alongside Tom Cruise in Top Gun: Maverick.

According to Deadline, Ellis will play a pilot in the sequel to the original film starring Cruise, which was released in 1986. He is among a list of newer actors cast including Bashir Salahuddin, Thomasin McKenzie, Charles Parnell, Monica Barbaro and Danny Ramirez.

The Joseph Kosinski-directed Top Gun: Maverick is scheduled to be released in July 2019. 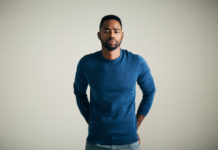