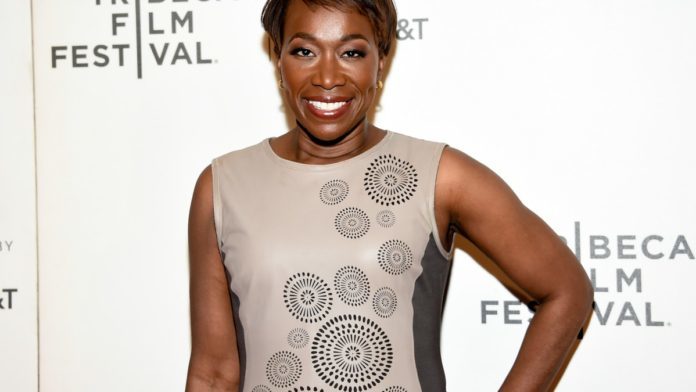 Reid has been under fire in recent days for the posts that date back to around 2000. Earlier this week, she said she hired cyber security expertsto see if her website was hacked. “They have not been able to prove it,” Reid told viewers on her show, AM Joy.

She issued a three-minute mea culpa from her host’s chair Saturday morning.

“A community that I support and that I deeply care about is hurting because of some despicable and truly offensive posts being attributed to me,” Reid opened, explaining the issue exploded after a friend pointed out to her late last year some of the old blog posts from her now-defunct site, The Reid Report.

In posts revealed this week by Mediaite,Reid allegedly wrote that “most straight people cringe at the sight of two men kissing.” She also supposedly wrote that she refrained from seeing the movie“Brokeback Mountain” because she didn’t want to watch two male characters having sex. Other posts make brutal fun of politicians the author suggests are homosexuals masquerading as happily married heterosexual men.

“I genuinely do not believe that I wrote those hateful things because they are completely alien to me,” she said. “But I can definitely understand, based on things I have tweeted and have written in the past, why some people don’t believe me.”

Reid added, “I have not been exempt from being dumb or hurtful or cruel to the very people I want to advocate for. I own that, I get it and for that, I am truly, truly sorry.”

Reid continued to explain that she grew up in a household that expressed conservative views regarding the LGBTQ community. She later learned that some of her closest friends growing up were gay; they told her they kept it secret because they feared she would disassociate herself from them.

When a college friend told her that he was gay, she responded that a lot of women who could have married him would be disappointed, she recounted to viewers. The friend was so disappointed that he did not speak to Reid for months, she said.

Reid, 49, is a native of Brooklyn who was raised in Denver and graduated from HarvardUniversity. She has hosted AM Joysince 2016.