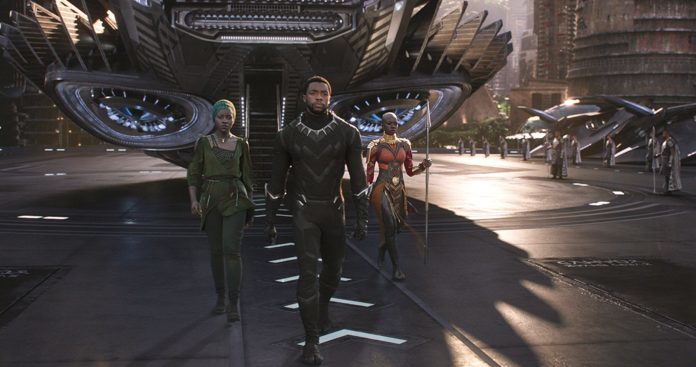 As one can probably tell from the trailers, Marvel’s Black Panther film is a stunning and technologically-advanced masterpiece.

It takes big names and big bucks to pull off an epic project such as this, and according to Marvel Studios President Kevin Feige, the decision to invest top dollar in Black Pantherwas certainly intentional.

“I hope you can tell from watching the movie, but the resources devoted to this movie are equal to and in fact surpass our last couple of movies,” Feige told Vulture.

“It’s a big story that deserves to be told in a big way, for all of the cultural and political reasons that people talk about, but also because it’s such a key corner of our Marvel universe, and has been for decades and decades,” the film producer added. “We wanted to do it justice, and we have a studio with Disney, and leaders with Alan Horn and Bob Iger, who supported us a hundred percent.”

“We’re thankful that they agreed to be in our movies,” said Feige. “Lupita was just talking about being at Comic-Con for the first time two years ago, when we brought the cast out onstage, and none of them had read a script yet. We didn’t have a script yet! But all of them had agreed to do the movie, and we don’t take that for granted, that kind of trust that people put in us when they sign onto a movie that doesn’t exist yet.”

Aside from being Black as hell, it’s a pretty impressive cast list, including the film’s star Chadwick Boseman. Others include Angela Bassett, Michael B Jordan, Daniel Kaluuya, Danai Gurira, Sterling K. Brown and Letitia Wright.

Set to crush the Box Office

What’s more, Black Panther is set to kill it at the Box Office.

NRG, one of Hollywood’s leading tracking services, said that the highly anticipated film was estimated to make $165 million or more for its opening weekend.

If that’s the case, then this President’s day weekend, we could see Black Panther break the record for the biggest February launch ever, according to The Hollywood Reporter.

The current record-holder for a February launch is also a superhero movie, Deadpool, at $152.2 million. While Deadpool isn’t part of the Marvel Cinematic Universe, it is based on a character from Marvel comics of the same name.

It’s no surprise to anyone paying attention that the Ryan Coogler-helmed movie is busting up records left and right. It’s not even out yet, and it has already broken a record on Twitter as the most tweeted-about movie of 2018.

The movie review site “Rotten Tomatoes” also saw Black Panther break a record, with the film debuting to a perfect 100 percent fresh score. That makes it the highest debut for a Marvel superhero film to date, according to the Daily Dot. With a current 98 percent “want to watch” score as well, the movie is riding high.