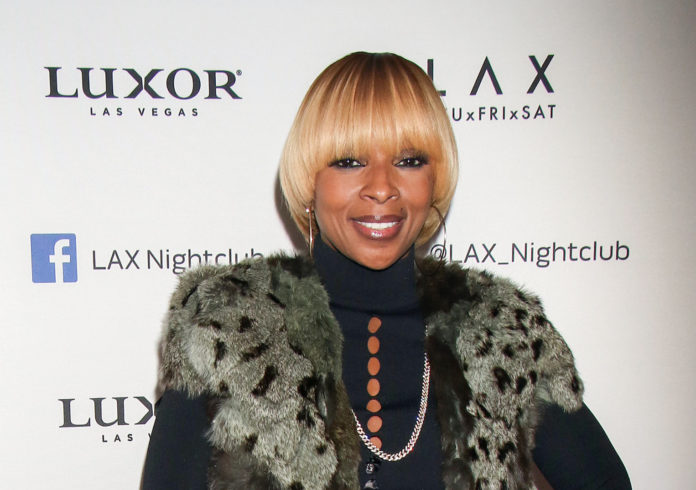 Mary J. Blige fans know that their “Queen of Hip-Hop Soul” has endured pain and struggle in her lifetime, much of what is behind her incredible music. She grew up in Yonkers, New York despite being born in the Bronx. She was raised in a single-parent home with her siblings by her mother, a nurse. Although Blige dropped out of high school in her junior year, she signed with Def Jam in 1989 beginning an iconic career as a singer who would release 13 studio albums, 8 of which have been certified platinum.

Recently Blige was featured on a podcast with The Hollywood Reporter and revealed that she’s endured abuse since the age of five all the way into adulthood. She says the trauma she experienced had a profound effect on much of her behavior and choices as she grew as a woman and an artist. Blige says by the age of 15, she had already experienced things most women don’t have to encounter until adulthood:

“I was going through so many different things.”

“I’ve been sexually harassed and abused… since I was a child all the way up into adulthood.”

The Mudbound actress says these experiences eventually led to destructive behavior like alcohol and drug abuse:

Blige shares that the substance abuse allowed her to escape negative feelings, but music is what ultimately would save her, even if she wasn’t exactly pursuing success with her gift of song:

“I didn’t think it was a possibility for a long time.”

She says that My Life, her second studio album, was actually “a cry for help” and somewhat of a personal diary for her at the time. Blige reveals the massive success that followed the album made her substance abuse problems worse, but did allow her to build a special connection with female fans who could relate to Blige’s life and helped her see she wasn’t alone:

“What helped me was the fact that I found out that so many people felt like me and were living like me.”

Blige hasn’t escaped the negativity entirely. She divorced husband, Kendu Isaacs in 2016 after over 10 years of marriage and revealed that at the time she was essentially homeless until music producer Jimmy Iovine opened up his home to her. She says a big part of the marriage’s demise was the fact that she didn’t feel supported:

“It was one bad thing after the next. Every single day, there was something awful being said about Mary J. Blige, and I had to carry this weight all by myself. The world was crucifying me and my fans were running and they were laughing and I was carrying this alone. He wasn’t helping me carry it, he was running, and I was carrying it.”

Blige reflects on other iconic singers like Whitney Houston who have endured similar struggles and succumbed to their substance abuse and eventually met a tragic end and shares that she could have easily had the same fate:

“People just let you do what you want to do because they want to keep getting paid. It’s easier to deal with you if you’re drunk and you don’t know what’s going on and you just want to party. They’re yes-ma’am-ing you to death. And if you don’t have something in you that recognizes this or that wants to survive this, you’re not gonna survive.”

It appears that Blige is not only surviving, she’s thriving. She recently received a star on the Hollywood Walk of Fame on her 47th birthday and is receiving endless praise for her role in the Netflix original film Mudbound. While receiving the honor, Blige shared that she’ s incredibly grateful:

“I’m just praising God, and I’m just thanking Him and thanking Him, because it’s just beautiful.”

You can listen to the podcast in its entirety here.