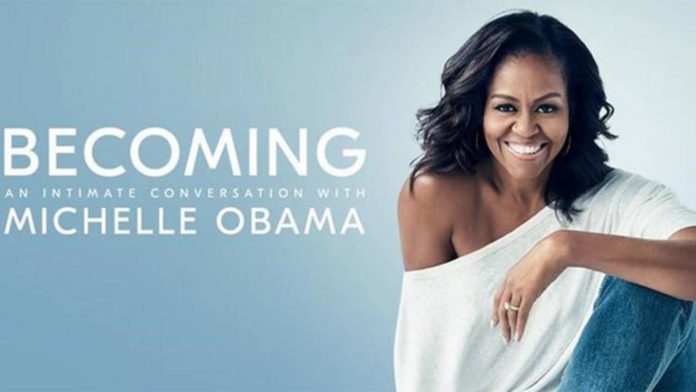 Former first lady Michelle Obama is making a stop in Houston for her book tour in March.

After Obama sold out arenas in 12 different cities, Live Nation and Crown Publishing announced that additional dates and cities have been added in 2019 to “Becoming: An Intimate Conversation with Michelle Obama.” One of those cities includes Houston, Texas. The event will be held March 2 at the Toyota Center. Fans have a chance to get tickets early by registering now through Wednesday at 10 p.m. For more information, click link here.

Tickets will go on sale for the general public on Dec. 15 at BecomingMichelleObama.com.

According to the press release, there will be a limited of VIP meet and greet packages with the former first lady.

“I couldn’t be more excited to visit even more cities across the country and around the world,” Obama said. “I’ve been so humbled by the response to the tour thus far and the overwhelming interest we’ve received from so many communities we weren’t able to visit this year. That’s why I’m thrilled that we’re able to expand our conversations to these new settings and wider audiences. I can’t wait to continue the discussions that have been so meaningful for me and, I hope, for so many others.”

Sales for Michelle Obama‘s memoir have topped 3 million and the former first lady is extending her book tour into 2019.

“Becoming,” published four weeks ago, is among the fastest-selling nonfiction books in history and already among the best-selling political memoirs of all time.