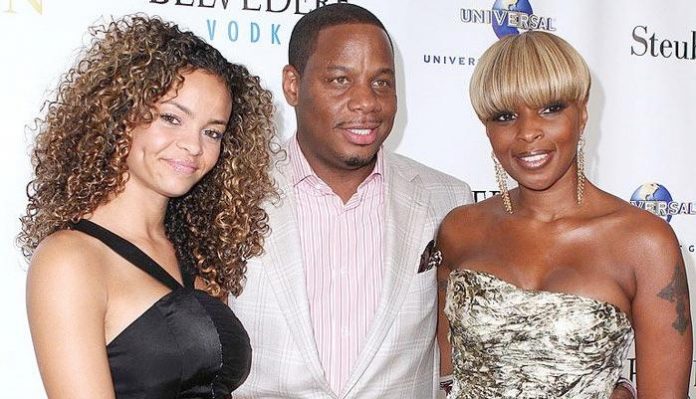 When reports began circulating about Mary J. Blige’s protégée Starshell having an affair with her ex-husband Kendu Isaacs, the alleged mistress made the negative publicity work in her favor.

Over the past three years, Starshell – whose real name is LaNeah Menzies – has achieved monumental success in the digital world, and her website, Birthday Girl World, has had more than 250 million unique impressions since she launched it.

According to Digital Music News, Birthday Girl World has become so popular that the singer has managed to raise $1 million in financing for it, and much of the hype surrounding the site comes from the success of her single “Birthday Girl.”

TechCrunch suggests the song has sparked a movement; “something of an anthem.”

If you haven’t seen Starshell’s video for the track, check it out:

OTHER NEWS YOU MIGHT HAVE MISSED: 25-year-old Passes as High Schooler to Relive Basketball Glory Days

Starshell caught the attention of Value Investment Group, and the firm — founded by Rashaun Williams — invested $1 million in her site.

So what led to the massive Birthday Girl movement?

Starshell thinks it has to do with how personal the song is for her, as it relates to her sister’s suicide.

“For me, I happened to lose my sister to teenage suicide,” Sharshell told Tech Crunch “I decided to build a platform about suicide and mental health and I created a song to back into the idea of loving yourself. I created the song so I could back into the conversation.”

Despite the rumors about her alleged involvement with Kendu Isaacs amid his divorce from Mary J., Starshell believes technology is the real reason why her song has been so successful.

“I feel like technology was the one way I could generate the most social impact,” she said. “Music was great, but it was just a song.”

In addition to the $1 million raised, Starshell is in talks with the Jed Foundation about a partnership deal that would help expand her the site’s reach.

“It’s an easier way to talk about mental health because it’s about celebrating you, celebrating your life and how to self-care,” says Menzies. “I was aiming from a world where every woman loves and celebrates themselves.”