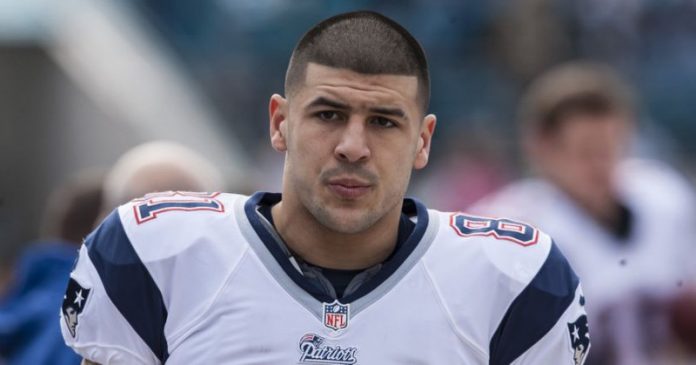 A new documentary focused on the life and death of the former New England Patriots football player Aaron Hernandez reveals how he lived a double life as an NFL star who would later be accused of killing several men.

“Killer Inside: The Mind of Aaron Hernandez,” which is divided into three parts, was released on Netflix Wednesday.

In just over three hours, the documentary examines Hernandez’s life growing up in Bristol, Connecticut, his rise to fame, subsequent court cases, and his death, questioning how the football player turned to a life of crime.

Hernandez had a sensational stint as a tight end at the University of Florida, scored a Super Bowl touchdown for the New England Patriots, and secured a nearly $40 million contract with the team in 2012.

But in 2013, he was arrested on a charge of first-degree murder in the death of Odin Lloyd, the boyfriend of his fiancée’s sister. He adjusted so quickly to jail that it “chilled” correction officers, according to the documentary.

Just as he was settling in, he was charged with murder in the killings of two other men in a 2012 Boston drive-by shooting.

What followed were two court trials, a life sentence in prison, and Hernandez’s eventual suicide.

The documentary covers both murder trials — the 2015 case, in which he was found guilty of first-degree murder in the death of Lloyd, and the 2017 trial, in which he was acquitted in a 2012 double-homicide case in the deaths of Daniel de Abreu and Safiro Furtado. Hernandez died by suicide in his prison cell, where he was serving a sentence of life without parole, just days after he was acquitted in the 2017 trial.

The documentary also investigates the traumatic childhood of the football player, of Puerto Rican descent. Aaron revealed his father was physically abusive to him as a child. “Our father would hit us for anything from a bad grade to disrespectful behavior to sheer clumsiness,” his brother, Jonathan Hernandez explained. He also said Aaron had suffered sexual abuse when he was young, without revealing details. “He had a lot of things happen, both good and bad,” he added. “People think they know about my brother, but they really don’t. They know what they saw in the news, but they don’t know all the struggles he faced.”