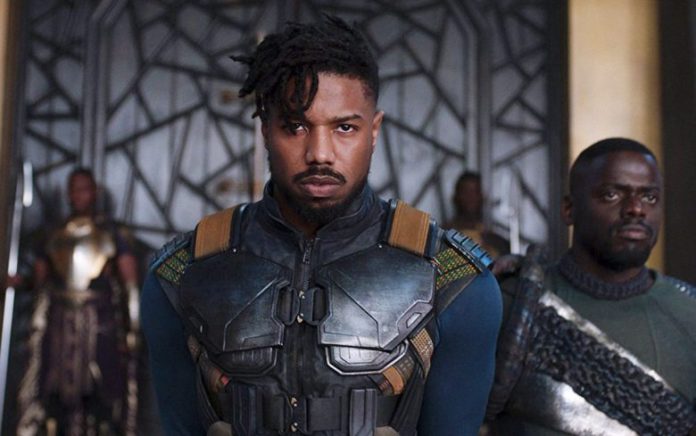 Wakanda’s reign shows no signs of waning. “Black Panther” is king of the box office for the third straight weekend.

The release from Marvel and Disney brought in $65.7 million domestically this weekend, easily outpacing new releases “Red Sparrow” and “Death Wish,” according to studio estimates Sunday.

“Disney is clearly on a roll with ‘Black Panther’ showing incredible strength as it posts the third biggest third-weekend gross of all time,” said Paul Dergarabedian, senior media analyst for comScore, “and most notably becomes the 10th highest grossing movie of all time in North America after just 17 days in theaters.”

“Both newcomers performed to expectations but had to compete in a marketplace totally dominated by ‘Black Panther,’” Dergarabedian said.

The totals come on a weekend when all industry eyes are on the Academy Awards, which will be handed out in Hollywood later Sunday.

None of the major nominees remain in the box office top 10, though some continue to bring in receipts. “Three Billboards Outside Ebbing, Missouri” reached $52 million domestically through Sunday, and “The Shape of Water” passed $57 million.

“Black Panther,” directed by Ryan Coogler and starring Chadwick Boseman and Michael B. Jordan, has become a groundbreaking cinematic phenomenon, giving unprecedented representation for a film of its kind to Africans and African-Americans while winning over every corner of the culture. It should soon shoot past the billion-dollar mark worldwide.

Wakanda’s king may finally be knocked from his box-office throne next weekend with the release of director Ava DuVernay’s “A Wrinkle in Time,” another Disney film that gives groundbreaking representation to African-Americans on both sides of the camera.

“Disney wins no matter how you slice it with that film expected to have a strong debut as ‘Black Panther’ continues to draw big crowds,” Dergarabedian said.

Estimated ticket sales for Friday through Sunday at U.S. and Canadian theaters, according to comScore. Where available, the latest international numbers also are included. Final three-day domestic figures will be released Monday.