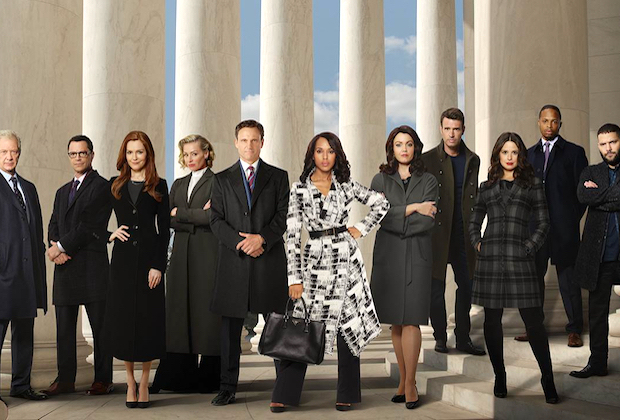 Gladiators – raise your bottles up and spill one out for the homies because Scandal has come to an end.

The popular ABC series that has played with our emotions and kept our Twitter fingers tweeting for seven seasons, has finally wrapped production and the cast took to social media to say their final farewells. Fans were filled with sadness, and some were exuding excitement over the show’s finality. The gladiators, as fans are affectionately known, sent heartfelt messages to the show’s creator Shonda Rhimes.

So Hard To Say Goodbye

“And that’s a wrap on #scandal. A lot of tears. A lot of love. Forever grateful for every second.” And she shared behind-the-scenes pictures of the set.

Kerry Washington, who plays Olivia Pope, the show’s most notable and most notorious character, posted a picture with cast member Tony Goldwyn, her Presidential boo. She simply captioned the pic: