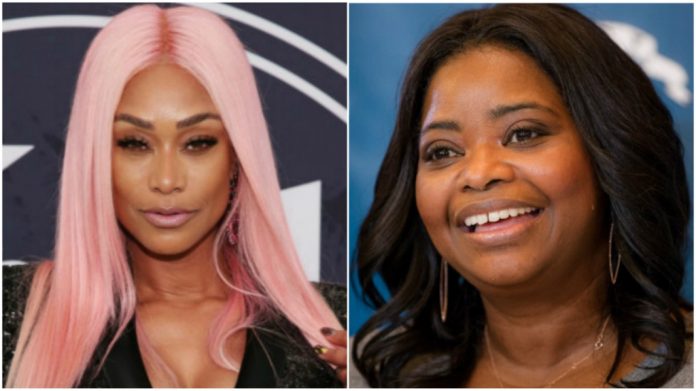 It’s no secret that Tami Roman is trying to diversify her skills and step away from all of the drama associated with reality television. And according to Shadow And Act, that’s what she’ll be doing in a new Apple thriller series called “Are You Sleeping?”

In the project, Roman will appear as a key series regular alongside Octavia Spencer. In fact, she’ll be playing her stepmother.

The other Black cast members include Ron Cephas Jones (“This Is Us”), Mekhi Phifer, Haneefah Wood and Tracie Thoms.

The show, created and written by Nichelle Tramble Spellman and based on the crime novel by Kathleen Barber, will be produced by Resse Witherspoon’s Hello Sunshine company.

Spencer will play Poppy Parnell, an investigative reporter who is trying to uncover the truth of a murder from decades ago on her podcast.

The novel has been described as “Serial [the real crime podcast] meets Ruth Ware’s In A Dark, Dark Wood in this inventive and twisty psychological thriller about a mega-hit podcast that reopens a murder case—and threatens to unravel the carefully constructed life of the victim’s daughter.”

Sarah Koenig, the host, creator and producer of Serial will serve as a consultant on the series. Spencer along with several others are executive producing.

Sounds like it could be interesting. We’ll be sure to keep you posted with updates.