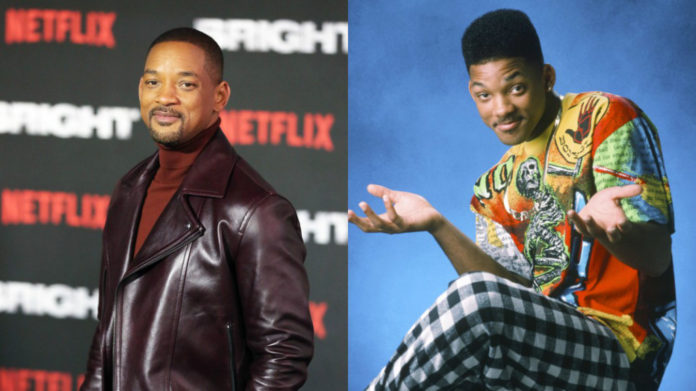 While many of us rarely pass up on the opportunity to enjoy reruns of The Fresh Prince of Bel-Air on a lazy day, for the star of the classic comedy, he’d rather not watch himself during his acting beginnings.

Sure, the hit NBC show helped to propel Will Smith into megastardom, but he said that looking back at early episodes of the series makes him want to cringe. As he explained during an interview while visiting Graham Norton’s U.K. talk show, he started out as a rapper, not an actor. Because of that, Smith said he sees all the glaring errors in his acting skills when he  watches his character’s beginnings in the Banks household, dating back to 1990.

“It was my very first role and I was very, very focused on being successful so I learned the whole script and everyone else’s lines,” Smith, now 49, said about his early attempts at playing the fictionalized version of himself. “If you watch the first four or five episodes you can see I’m mouthing other people’s lines. It’s terrible and I can’t bear to watch it.”

There have been constant conversations about whether or not a Fresh Prince of Bel-Air reboot would ever happen, and while some cast members were excited about the idea, co-star Alfonso Ribeiro said he didn’t think it would work without James Avery, who played Phillip Banks.

But if you ask Smith now, he doesn’t rule out the idea entirely.

“There have been talks with people about doing something,” he told The Sun while promoting his new Netflix film, Bright. “I think it would be cool if they did it and go down memory lane again.”

But considering that Uncle Phil was between the ages of 45 and 50, at this point in Smith’s life, he joked to Norton that he might be better suited to play the patriarch a second time around.