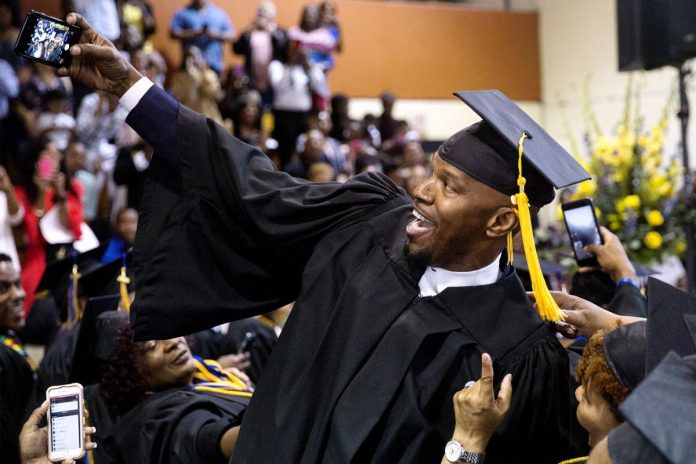 Actor and musician Jamie Foxx returned to his native Texas on Saturday to receive an honorary degree during Jarvis Christian College’s spring commencement.

Foxx received the honorary doctorate from the historically black university in Hawkins for his activism and community service.

“Out of all the awards, this is the most special, to see your faces and where you’re about to go,” he said to Jarvis graduates during the ceremony.

Foxx, born Eric Bishop, is known for his roles in his self-titled sitcom as well as his Oscar-winning performance in “Ray” and other films, such as “Django Unchained.”

He also will serve as a visiting distinguished professor at Jarvis.

Holland also is a race and ethnicity writer for the Associated Press.