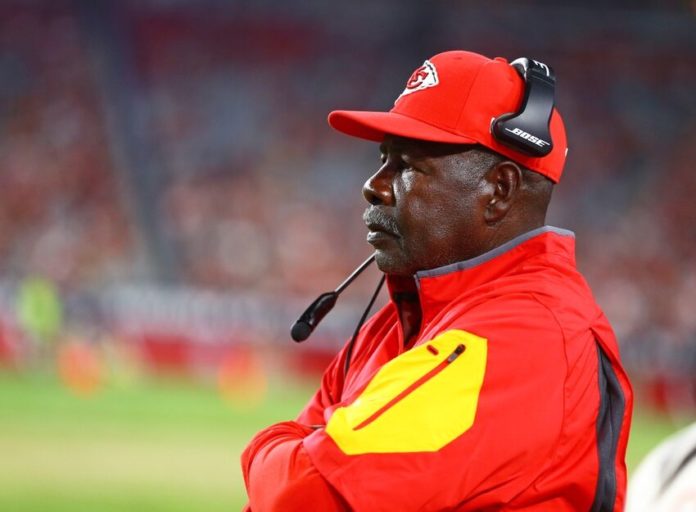 Long known in NFL circles as one of the classiest men in the business, Thomas has a resume that belies his humble, small town and smaller college beginnings. He was a five-time Pro Bowler, a Super Bowl IV victor in 1970, a member of the Kansas City Chiefs Hall of Fame, (with his No. 18 retired) and in 2008, was inducted into the NFL Hall of Fame.

After a 13-year career as a player, all with the Chiefs, Thomas has a coaching career that is just as impressive. He began his NFL coaching career in 1981 and has served as a positions coach (secondary), defensive coordinator, assistant head coach and interim head coach.

“Leaving Marshall High School in Angleton, I had no idea I’d ever play professional football,” Thomas recalled. “I thought it would have been baseball. I played baseball, football and ran track at Bishop College [in Dallas].

“Unfortunately, they didn’t have a great baseball program so I switched over to football and dedicated most of my time to that.”

Thomas enjoyed an outstanding career at Bishop, primarily starring on the offensive side of the ball. After going undrafted in 1966, the thought of playing pro ball seemed out of the question. Fortunately for Thomas, the American Football League was open for business and starving for quality players, even those from Black colleges. Thomas signed a free agent contract with the Chiefs.

“Coming out of the South back then there was total segregation,” Thomas said. “The Chiefs had a scout, Lloyd Wells, who came out of Texas Southern. He did all the scouting in the Black schools and convinced Coach [Hank] Stram and the Kansas City organization to draft some of us and sign some of us.”

Thomas immediately became a part of NFL history as a Chiefs rookie.

“I was a backup at cornerback for the first Super Bowl,” Thomas recalled. “Willie Mitchell from San Antonio was one of the starting corners and ‘The Hammer,’ Fred Williamson, was the other starter. Myself and Fletcher Smith from Tennessee State were the two rookies that made the team that year. He backed up Williamson and I backed up Willie.”

Thomas and his secondary mate, James Marsalis, were the innovators of bump and run coverage, featuring cornerbacks who could line up nose to nose with receivers and literally shadow them all over the field. Thomas attributes the skill to his experience in Black college football.

“By most of us coming from predominately Black schools didn’t play a lot of combination coverages. We played what’s called Cat Defense. You go cover that cat, I’ll cover this cat, that’s how we played. We played against some outstanding college athletes and that’s how you had to play to be successful. That really helped us cover so effectively as pros.”