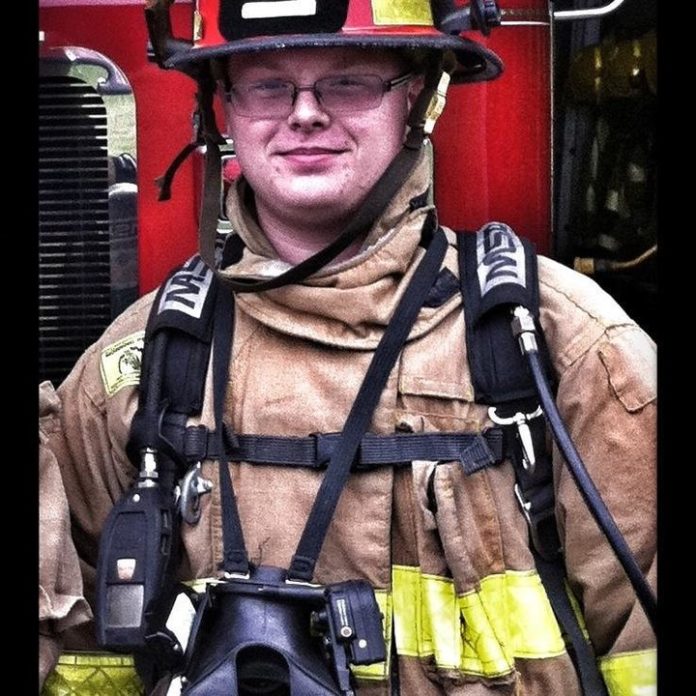 An Ohio fire department has suspended one of its volunteer firefighters for a racist Facebook post suggesting he’d prefer to save a dog in an emergency than a black person.

Tyler Roysdon, a volunteer for Franklin Township, wrote that if he had to choose between saving a dog or a black man from a burning building, the dog would get priority, because “one dog is more important than a million n****rs.”

Once township officials discovered the post, Roysdon was suspended indefinitely, according to local station WHIO-TV.

The township will hold a disciplinary hearing for him on Sept. 27, the station reported.

Because he is a volunteer, Roysdon is only paid when he is called to duty. Authorities said he will not be called while the suspension is in effect.

Township officials released an official statement about Roysdon on Thursday, confirming that he was suspended until the township’s board of trustees can meet to determine his fate:

“Recently, a Franklin Township volunteer firefighter posted unacceptable remarks on social media.  Upon gaining knowledge of this information, Fire Chief Steve Bishop immediately contacted the firefighter and directed the comments be removed.  The firefighter was suspended without pay until the Board of Township Trustees could meet to determine a course of action.  Chief Bishop does not have the authority to terminate employees.  Termination of any township employee requires a vote by the Board of Trustees.”

HuffPost reached out to Roysdon, who did not immediately respond.

A woman who identified herself as Joei Frame Roysdon told WXIX-TV that she was Roysdon’s wife and said, “He admitted that he said things that were wrong and apologized.”

She added: “Everyone deserves a second chance and is also entitled to their own opinion.”

Meanwhile, Ryan Grubbs, who works as a volunteer firefighter with Roysdon, said his colleague’s words go against the department’s core values.

“We don’t pick and choose who needs us, we just go,” Grubbs told WKEF-TV. “We’re volunteers, we’re doing this because we love the community.”