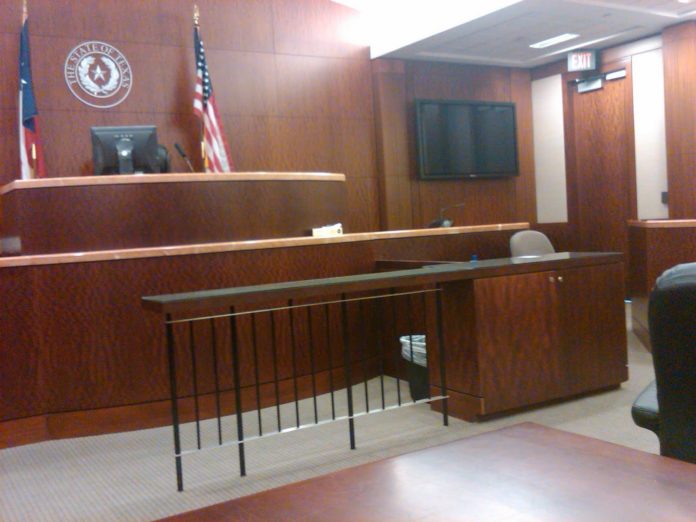 Every week, more than 7,000 potential jurors normally gather in an underground assembly room near the Harris County Criminal Justice Center.

Now, there is nowhere for them to go.

“Eleven feet of water had to be pumped out of here. This became a retention pond,” said Harris County District Clerk Chris Daniel.

In many ways, the jury assembly room is ground zero for where the wheels of justice became derailed. It’s up to Daniel and others to get them back on track.

It left the district clerk no choice but to cancel all jury service through September 15. People summoned before then do not need to appear and do not need to reschedule. Daniel said he hopes to send out new jury summons in the mail soon and remind citizens they can reschedule up to three times if they are unable to make their scheduled date.

But the first problem is finding a place for them to meet.

“We’re just kind of picking and choosing places to stick jurors so we have a place so the judges can continue with justice,” he said.

But it’s often said that justice delayed is justice denied. According to the Administrative Office of Harris County District Courts, there are approximately 600 defendants awaiting trial on felony charges who remain locked up in jail. Officials said the earliest potential trial dates for their cases are at least a month away.

Flood is past-president of the Harris County Criminal Lawyers Association.

“They need to get their cases tried because it’s not okay to tell them, ‘Guess what you’re going to have to sit in jail because we don’t have a building to go to,’” Flood said.

Beginning Monday, judges plan to double up in other nearby buildings in the downtown justice complex. Felony district courts will move to the Civil Courthouse at 201 Caroline, and misdemeanor courts will temporarily relocate to the Family Law Center at 1115 Congress.

Specific locations, court numbers and floors, will be posted as soon as possible at www.justex.net and www.ccl.hctx.net/criminal. Attorneys can check for locations at attyportal.harriscountytx.gov.

“I think realistically that everybody understands at this point that are we working to get back on track and get those cases tried as quickly as we can,” said Susan Brown, the Presiding Judge of Harris County Criminal District Courts.

But it will only be as quick as a jury of peers has somewhere to meet.

“No offense but I don’t know who the genius was in Houston to decide to build a below ground jury assembly room in the first place,” defense attorney Flood said.

It’s a question many are sure to ask as the downtown justice complex dries out. 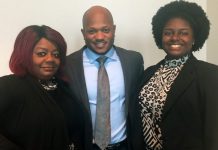