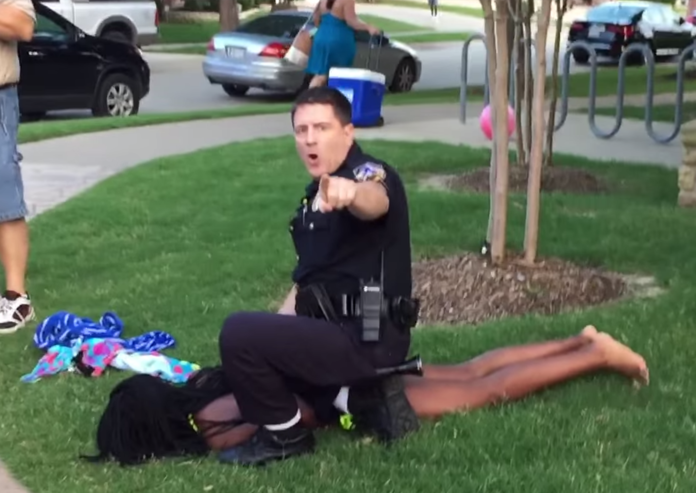 The teenage girl who was slammed to the ground by a McKinney police officer during a rowdy pool party in 2015 has filed a federal suit against the former cop, the city and the police department.

In a complaint filed last month, Dajerria Becton and her legal guardian, Shashona Becton, allege that former Cpl. Eric Casebolt violated the girl’s constitutional rights by using excessive force and holding her without probable cause. The family also claims that the city and the police department are to blame for her injuries for not training officers adequately.

Dajerria is seeking $5 million in damages, court records show. She was 15 when she was filmed crying face down on the grass while Casebolt pinned her with his hands and knees. The video of the June 2015 incident spread widely and brought national attention to McKinney and Craig Ranch, the upscale neighborhood where it happened.

In a prepared statement, city officials disputed Dajerria’s claims against McKinney and its police force.

“The City of McKinney denies the claims alleged against it and the McKinney Police Department, and as such, will vigorously defend the recently filed lawsuit,” the statement reads. “McKinney prides itself in cultivating the highest standards of training and professionalism for our officers, and it strongly believes that its standards and training will withstand legal challenge.”