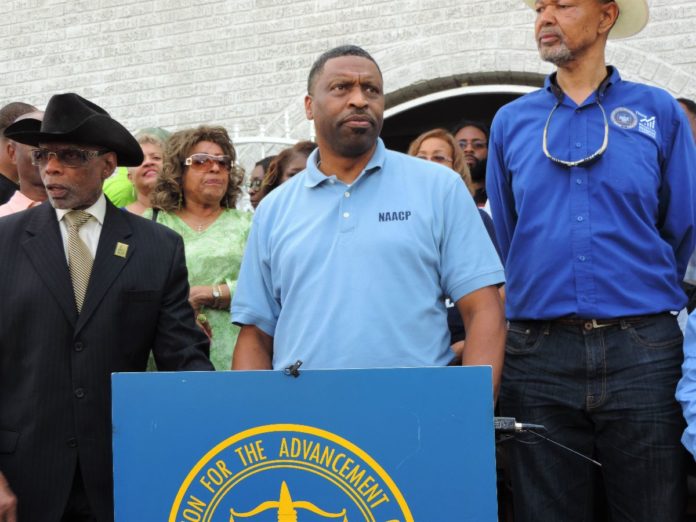 Though much attention has been placed upon the NAACP Houston Branch’s opening of the Texas NAACP Disaster Support Command Center (DSCC), the heroism displayed by its members from the moment Hurricane Harvey hit has gone nearly unnoticed.

“From day one the NAACP was on the front lines of rescue efforts,” said NAACP member Guy Rankin. “Our members saved over 3,500 people on night one of flooding.”

Moreover, according to Rankin, the organization set up multiple emergency transportation centers, provided over 250 meals to families in Dickerson, TX, and coordinated mass shelter operations that took many displaced families from “flood to a newly furnished apartment in seven days with the generous help of local business partners.”

Helping to evacuate individuals from flooded homes was Jeremy Darby, member of the NAACP’s economic committee, and founder of Creative Group Economics (CGE), a Black business dedicated to growing other Black-owned small businesses.

“Black people have been under water since long before the hurricane,” said Darby, whose network of Black businesses connected to CGE sprang into action immediately with Harvey’s arrival.

“Using the Zello ap, we gathered information on people needing help, and started dispatching boats along with support from the Cajun Navy and Tribe. It helped because we already had a network set up. So, it wasn’t long before we were in business,” added Darby.

NAACP members even dabbled in the retail business during recovery efforts. While serving storm-impacted individuals, members occupied space in the parking lot of Wal-Mart store #3500 (5655 East Sam Houston Pkwy N). As days past, with most stores closed and employees unable to get to work, the store manager Monty Lindsey and Rankin struck an accord.

“He expressed a desire to open the store since so many people were in need, but he didn’t have enough employees to open,” shared Rankin. “So, we told him, we’ll work the store and coordinate the lines outside.”

Lindsey, who had not yet received corporate clearance to make an official statement, expressed in no uncertain terms that the service provided by NAACP members was outstanding.”

Rankin showered his praise upon the millennial volunteers, many of whom were members of NAACP chapters at Texas Southern University, University of Houston, Huston-Tillotson.

“Those students were incredible in their service, mucking homes, helping seniors, unloading supply trucks, and providing direct support to women and children.”