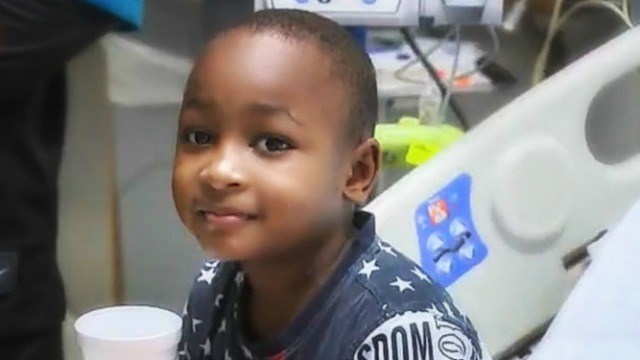 The family of a 6-year-old boy with leukemia lost their home to a fire on New Year’s Eve, but more upsetting was the fact that they say they found racial slurs and racist graffiti painted on the charred remains of their home.

Joanne Perkins said that the fire started when her oldest son left the stove on while no one was home on New Year’s Eve. But when she came to look over their destroyed home, she also found a racial slur and “Trump 17” painted on another wall.

Even worse, her stepson, Ivory Norris , now has no place to come home to after his bone marrow transplant.

While the Red Cross has given them a place to stay in a hotel for a week, the family has nowhere to go after that.