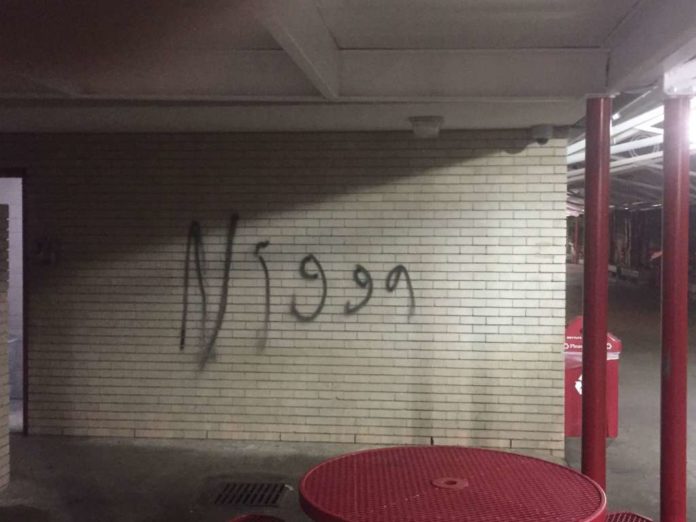 Students at Memorial High returned from winter break Wednesday to find racist and other offensive graffiti scrawled across the school’s walls, floors and windows, according to social media posts and district officials.

Crudely drawn swastikas, the phrase “white power,” sexually explicit phrases and symbols and several pentagrams — which are often associated with paganism and Satanism — were also found by school administrators as they arrived to school.

Students shared images of the vandalism on Twitter, Facebook and Snapchat. Several said the hateful depictions covered the school, with a different scribble nearly every 10 feet along some hallways.

Steve Brunsman, a district spokesman, said all of the graffiti was cleaned up by the time students were dismissed from classes.

“Spring Branch ISD joins with the Memorial High School community in expressing outrage regarding the defacement of the high school campus earlier today as well as the highly offensive nature of the content,” Brunsman said in a statement. “We stand against hate in all its forms and will never tolerate behavior that makes any member of the Spring Branch ISD family feel unsafe or disrespected.”

The discovery of the graffiti follows several other racially charged incidents in public schools in the Houston area and nationwide.

After several students at Tomball High School wore black in solidarity with the Black Lives Matter movement, a white student wore a makeshift Ku Klux Klan robe and hood on campus and walked the hallways doing a Nazi salute. The student was punished according to the district’s Student Code of Conduct, Tomball ISD officials said at the time.