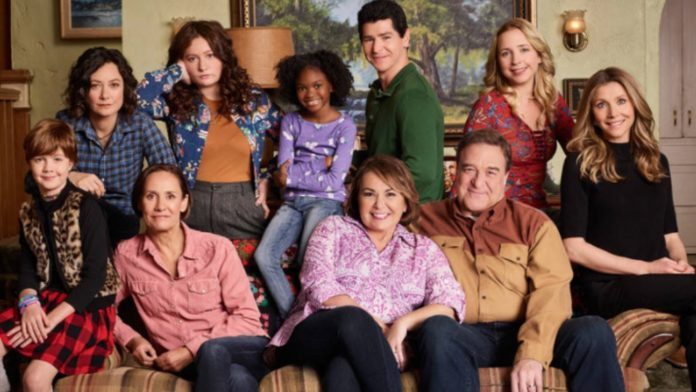 It looks like ABC’s revival of Roseanne is finally getting what it deserves.

The show that decided it was OK to degrade one of the network’s award-winning shows, black-ish, during a recent episode has taken quite a hit when it comes to ratings. The reboot that stars Roseanne Barr and John Goodman is down 23 percent in total viewers this week and 26 percent in its key demographic.

Meanwhile, black-ish is enjoying a rise in total viewers, with 4.6 million people tuning in this week, even though the network has tried hard to sensor the show’s important messages by scrapping a slated episode about the controversy surrounding Colin Kaepernick and The National Anthem protests.

Perhaps some folks are tired of the garbage Roseanne Barr has been peddling, including racist remarks about the hit that stars Anthony Anderson and Tracy Ellis Ross.

In case you forgot, the deplorable revive show took shots at black-ish and Fresh Off The Boat, (two shows starring minority families) with some unfunny references.

Here’s the dialogue that had us seeing red a few weeks back:

“What time is it? Did I miss dinner?” Dan asks.

“We missed all the shows about Black and Asian families,” Dan says.

By having the white female protagonist say “they’re just like us,” it basically means that all the claims of racial discrimination and cries of injustice by Black and Brown people and other people of color, just doesn’t matter and isn’t worth listening to.

By saying “We slept from ‘Wheel’(Wheel of Fortune) to ‘Kimmel.’ (Jimmy Kimmel Live)” they are basically saying the shows shown in-between are a waste of time and aren’t worth watching. It’s a sad turn of events given that ABC has been celebrated for their diversity and inclusion efforts thanks to the creative genius of TGIT mastermind Shonda Rhimesand Black-ish creator Kenya Barris.