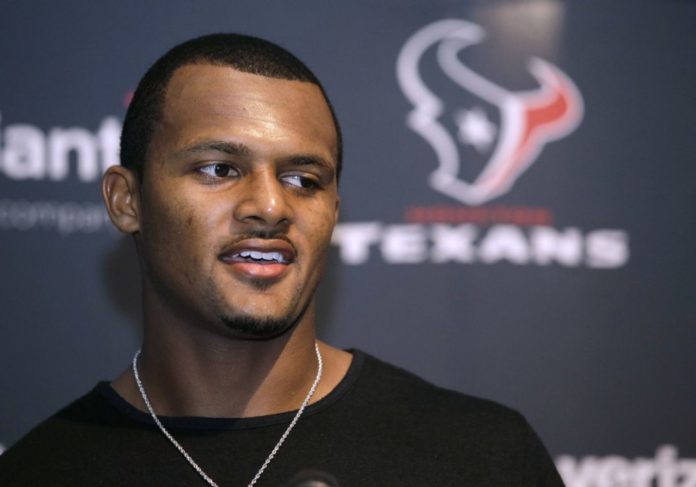 When the announcement was made on NFL draft night that the Texans had traded up from the 25th selection to the 12th pick in the first round and that pick would be Clemson quarterback Deshaun Watson, there was an immediate buzz in the press box. For a franchise that’s had QB issues for the majority of its existence, the Texans may have finally we had got it right with Watson.

We’re happy to report that after four games the results have been confirmed. Watson is the real deal and the rookie signal caller has more than lived up to the immense hype. Most scouts rated Watson as the most NFL-ready quarterback in the draft. Is he ever!

Since he entered the game to begin the second half of the Jacksonville contest, Watson has shown that he is ready to be the “man” under center. Whether it’s the national spotlight of Thursday Night Football and his debut as a starter or the pressure of dueling against Hall of Famer in waiting Tom Brady on the road, the stage is never too big for the talented rookie.

Then came the Tennessee Titans, fresh off a home win over the Seattle Seahawks and eager to separate themselves from the Texans in the AFC South standing. Titan quarterback Marcus Mariota meet Deshaun Watson.

All Watson did was orchestrate the most explosive offensive performance in Texan franchise history against the team formerly known as the Houston Oilers. The Texan offense, under Watson’s direction, scored on its first four possessions en route to a 57-14 rout of the Titans.

All Watson did was throw four touchdowns and run for another. He became the third rookie quarterback in NFL history with four or more touchdown passes and one or more rushing touchdowns and the first since Fran Tarkenton in 1961. In addition, the 57 points scored was 12 points better than the previous high for the Texans.

Watson’s poise and performance has impressed everyone, including the No. 1 Texan, owner Bob McNair.

“I don’t think there’s any question,” McNair said. “He is so calm, cool and collected. The team has so much confidence in him that it really picks them up. They feel like it doesn’t matter what the circumstances are. Watson was patient and waited, and he got his opportunity. He took advantage of it and showed what he can do. It’s great. We’re in a good position, and we can go forward from here.”

O’Brien said Watson’s vision is a key to his early success.

After a record-breaking performance Watson reflected on how his game has evolved in his four weeks as an NFL starter.

“[I am] growing with my confidence, being able to operate and run this offense, making sure we’re in the right place, and just bringing the energy and leadership to this team,” Watson said.

“I try to do that each and every play, make sure we’re in the right play and just continue to grow from there. I have a long way to go, and it’s still early in my career and just hope to build on it,” he said.

Watson has also shown what kind of person he is off the field. He made national headlines by donating his first game check – about $27,000 – to three NRG Stadium cafeteria workers impacted by Hurricane Harvey.