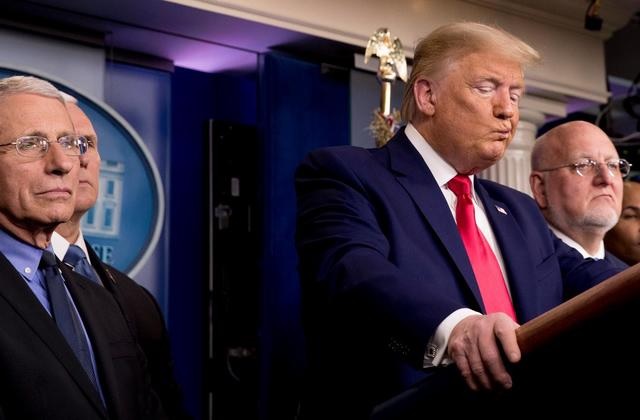 At the ABC News Town Hall last week, a Black voter asked Trump, “if you believe it’s the president’s responsibility to protect America, why would you downplay a pandemic that is known to disproportionately harm low-income families and minority communities?” He responded, “I didn’t downplay it. I actually, in many ways, I up-played it in terms of action.” The United States is about to surpass 200,000 COVID-19 related deaths, a milestone that will be the legacy of Trump’s failed presidency.

A closer look at the data tragically reveals that despite being 13% of the U.S. population, Black Americans make up approximately 21%, or about 40,000, coronavirus deaths. Black seniors over the age of 65 comprise a significant proportion of the deceased, and this vulnerable group continues to bear the brunt of the ongoing coronavirus tragedy. The pandemic has proved to be the worst health crisis in modern history, and the inadequate response by Donald Trump and his administration has resulted in substantial health and economic ramifications that have been particularly devastating for the Black community.

Black Americans make up approximately 21%, or about 40,000, coronavirus deaths

Trump knew early on that the coronavirus was deadly, yet he failed to plan or protect the health and economic well-being of Black Americans. As a result of Trump’s chaos, the United States is grappling with over 6.8 million cases, millions of lost jobs, 100,000 permanently shuttered businesses, and nearly 200,000 deaths — far more than any other country in the world. It didn’t have to be this bad. Trump called for slowing down testing to make the numbers look better; refused to implement national mask guidelines or coordinate the distribution of protective equipment to those who needed it, particularly in under-resourced Black communities; threatened to cut funding for schools instead of ensuring that they have the resources needed to reopen safely; and even dangerously suggested that Americans should inject disinfectant to protect themselves from COVID-19. And his actions, or lack thereof, have had a disproportionate impact on people of color.

In 2016, Trump asked Black people: “what do you have to lose” by voting for him. More recently, he said that he has done more for Black people than any other president since Abraham Lincoln. But the facts and data tell a different story. The disproportionate impact of the coronavirus on Black families, workers and businesses, and 40,000 dead Black citizens prove that African Americans have everything to lose. The data is undeniable: Trump’s lack of urgency in combating the virus, combined with his reluctance to develop an adequate plan to address health and economic racial disparities, has caused irreparable harm to Black Americans.

“The president has failed us. He chose his own political interests ahead of our lives and I think that he’s incapable of rising to the moment. And we need a president who believes in science, who believes in what the doctors are saying, and will work with the experts so that we can finally put the pandemic behind us.”

“I know firsthand what this experience has been like because my family has been faced with COVID-19…It is my hope that we will have more answers about COVID-19. That my family personally will have more answers about COVID-19. But in the meantime, let us all do what we can do. And that is to elect someone who respects science, who respects our communities, who recognizes that our communities are suffering, and that person is Joe Biden.”

“The Black seniors over the age of 65 are a huge component of the deceased. These vulnerable groups still bear the brunt of the ongoing coronavirus tragedy. According to Kaiser Health News, Black Americans 65 to 74 died of Covid five times as often as whites, and the death rate in some groups is almost four times greater. And let me make it very plain… in my fourth decade of life I am six times more likely to die than someone who is… 10 years older than me — and who is white. So it doesn’t matter that I have health insurance, that I am educated with multiple degrees. The only variable that is statistically significant is that I am Black.”

Black Communities in the U.S. Have Been Disproportionately Infected, Hospitalized, and Killed by the Coronavirus That Trump Has Failed to Contain

Even After Legislative Action Sought to Force The Trump Administration to Improve Data On Racial Disparities In Coronavirus Cases, It Failed to Do So