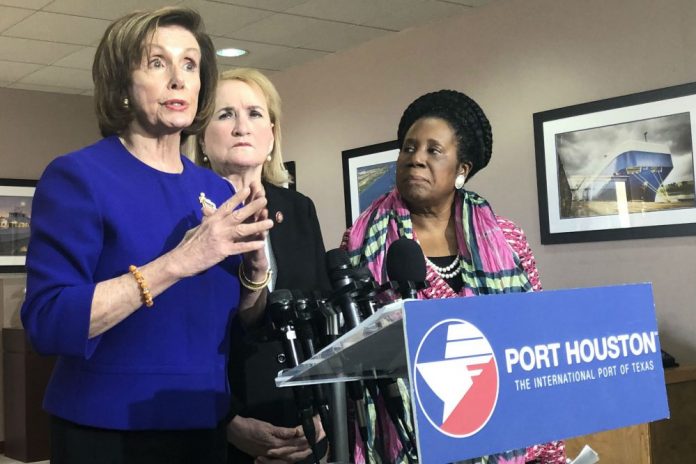 House Speaker Nancy Pelosi addressed new revelations of Russian efforts to interfere in the 2020 presidential election Friday at an event in Houston.

Pelosi was at the Port of Houston to discuss an infrastructure investment package when she spoke about a classified briefing from the intelligence community to members of the House of Representatives, which warned that Russia was trying to interfere in the 2020 election to get President Donald Trump reelected, according to a report in the New York Times. The Bernie Sanders campaign was also briefed on attempts by the Russian government to help his campaign, according to the Washington Post.

“We want to be vigilant enough to people to say, ‘Beware of this,’ but not instill fear so that people will say, ‘Well, why should I vote, because my vote may not be counted as cast, ’” she said.

Pelosi also condemned President Trump for firing the acting director of national intelligence and replacing him with a political appointee.

“For him to therefore oust the director of national intelligence and put somebody in with absolutely no credentials whatsoever for the job for something that is very much a part of our national security, this is dangerous,” she said.

Pelosi was in town to drum up support for a proposed $760 billion infrastructure package.

As outlined, the package would contain $19.7 billion for harbor infrastructure, including long-sought funds to widen and deepen the Port of Houston.

Pelosi said the House of Representatives is waiting on input from the U.S. Army Corps of Engineers before unveiling a bill, a process that she expected to take until spring. That would leave little time to pass the package through both houses of Congress, particularly during a presidential election year.

The speaker said she anticipated bipartisan support for the measure.