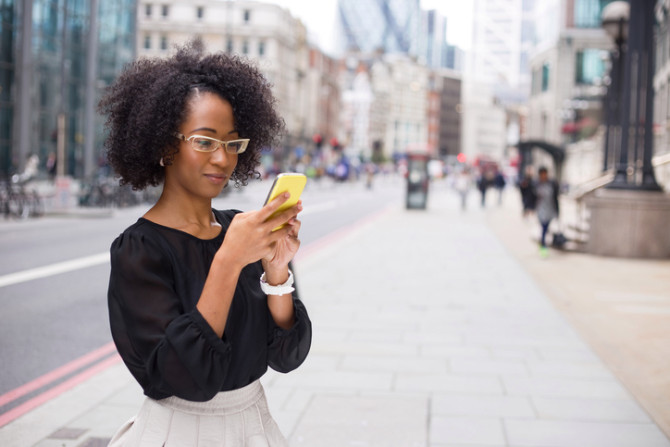 There are a number of social-justice movements, but urban-planning movements are starting to catch up. With that comes the next generation of “new urbanists” and creative designers of public spaces who are falling in love with big social terms like “equity” while scrambling to create technology that can visualize it.

And if neighborhoods are the heartbeat of cities, wouldn’t it be nice if we had digital maps to give us a candid glimpse into the ugly realities like income inequality, gentrification, residential segregation and eco-apartheid?

Now we’ve got an app for that.

Currently in beta testing and scheduled for a January rollout in Oakland, Calif., Streetwyze is a mobile mapping platform that collects local knowledge in urban areas and then turns that intel into actionable, common-good analytics. The power of the app is that it makes local knowledge accessible within and outside government, thereby creating two-way feedback and data visualizations.

Simply put: Residents can “ground-truth” data—that is, directly observe and report the realities of what’s happening in their neighborhoods, providing digital proof of the existence of troubling urban disparities. Certainly, as cities experience enormous demographic shifts and disruptions, that’s something municipal governments, community organizations and residents would want to know.

Say you are looking at a digital map of Oakland, generated by information provided by the city and county. If you zero in on East Oakland, one of the city’s poorest neighborhoods, you would see a bunch of grocery stores on a bunch of street corners.

But Streetwyze users, when testing the app, discover something very different: Those “grocery stores” are actually liquor stores, not that unusual for many poor hoods nationwide. The only food items for sale are Slim Jims, candy and salty potato chips­—all triggers for diabetes and high blood pressure, which plague the black community. That makes East Oakland a food desert, where residents are lucky to find fresh, nutritious ingredients for family meals.

With a digital map, the city of Oakland and community leaders can now target resources more equitably. In this way, they can achieve greater equality in outcomes, like providing access to healthy food.

Growing up in a single-parent, female-headed household, Streetwyze co-founder Antwi Akom became personally sensitive to the plight of folks left out of conversations about urban planning and development. Cities get built and the underserved never know what hit them.

“People of color, poor people, disabled folks, youth, the elderly and—increasingly—lots of middle-income folks in rapidly gentrifying cities have historically been left out of planning conversations,” Akom told The Root. “We wanted to change that. We wanted to build a multilingual and universally accessible app that was useful to everyone—that didn’t leave out or ignore the fastest-growing demographics—not just in the United States but the world.”

This elevates the power of everyday people by combining their perspective with local data, thereby increasing their clout in municipal-planning conversations.

But what makes Streetwyze different from other efforts is that community groups, artists, advocates and everyday people can integrate their lived experience into those big data sets, computer simulations and advanced modeling techniques. This can help cities function more effectively.

Still, the question remains: Are cities ready to integrate real-time, community-generated data into their planning processes? There are some positive indicators. Initiatives such as Bloomberg Philanthropies’ What Works Cities and the Rockefeller Foundation’s 100 Resilient Cities seek to help local governments use civic tech, data democratization and advanced simulation to enhance city services and, ultimately, improve community engagement.

For the equity-mapping movement and tools such as Streetwyze, that entails real-time, crowdsourced early-warning systems to standardize and disseminate local data. More importantly, it encourages governments and communities to achieve full equality as the means, and equity as the outcome.

“For community members to be equal partners in planning and decision-making process, cities are going to have to learn how to use mapping apps,” argued Oakland’s Chief Resilience Officer Kiran Jain. “Doing so will reveal hidden patterns and relationships in data. That will enable us to be more responsive to—and predict—community change.”