DefenderNetwork.com
Home NEWS Business Why people are boycotting Uber by deleting their accounts 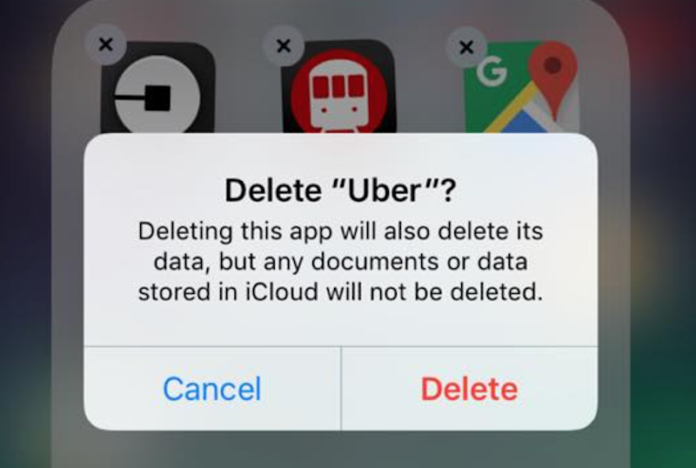 This weekend, Donald Trump embarrassed the country once again, perhaps in the most egregious way, since the American people, (with the help of Russia). put him in the White House. This past weekend, he and his administration issued a 90-day travel ban, blocking people from seven Muslim-majority countries from entering the United States.

Not only was it immoral, antithetical to everything the United States stands for, it’s also illegal and unconstitutional. Obviously, the reach and implications of the ban affected several communities both inside the United States and abroad. On Saturday, when news of the ban spread, New York City taxi drivers went on strike. As a result, car service apps like Uber and Lyft were in great demand. Users noticed that the Uber app went into surge pricing mode and many felt they were trying to take advantage of an already unfortunate situation.

In response, Uber’s CEO Todd Kalanick posted a note on Facebook saying that the travel ban would hurt thousands of Uber drivers and he will raise his concerns with the President during a Friday business advisory group meeting in Washington.

I’m sure his statement was meant to do damage control but it only made matters worse. Folks, mostly on Twitter, were wondering why Kalanick was associating himself with Trump in any way. The association launched a #DeleteUber campaign. Kalanick defended his participation saying he agreed to sit down with Trump with “the belief that by speaking up and engaging we can make a difference.”

He said that he would “urge the government to reinstate the right of U.S. residents to travel to whatever country of origin immediately.”

But it wasn’t enough, especially after Lyft, one of Uber’s competitors, released a statement of their own.

That did it. This unequivocal denouncement of the ban and the pledge to donate $1 million to the American Civil Liberties Union, the organization, that worked to free many of the detainees, convinced more than a few people to delete their Uber apps and download Lyft instead.

Afterward, Uber announced that they would be donating $3 million dollars to help drivers affected by the ban but it was too late. #DeleteUber is still trending on Facebook, with several celebrities jumping on the bandwagon.

If you’re interested in deleting Uber in favor of another service, here’s how to do so.

In response, Uber recently released a list of the other companies who agreed to serve on Trump’s council, companies that included CEOs from Disney, IBM, Tesla and Walmart. Wondering if a boycott or campaign against these companies will follow.