Motto: “Live for today, because tomorrow is not promised.”

“When I think of this motto, it makes me think of Kobe Bryant. His death was very impactful to me and other Black men because he was such an athletic force. The Mamba Mentality is something a lot of Black men secretly hold inside. With Kobe’s passing, it made a lot of men realize life isn’t promised. It made men think about being more of a family man and doing right by their families. Men began spending more time with their daughters. The social media posts using the hashtag #GirlDad were everywhere – and still are. Truthfully, I have never seen so many grown men cry.”

Motivated by: “I’m motivated by and value honesty, loyalty, drive, friendship and relationships.”

Unknown facts: “I was my high school’s mascot – a ram. I graduated from Trotwood-Madison High School in Trotwood, Ohio. I’m very proud to say, I might add, that Trotwood-Madison is state champ in football and basketball!”

Fitness start: “I’ve always been active. However, in 7th grade, I had a congenial heart disease and open-heart surgery. I had to scale back activity after the surgery. However, one day, I decided that I would start showing up for track practice like I had been there all the time – without even trying out. In my first track meet, I ran the 100-meter dash and came in first. I also ran the second leg of the 4×4 relay and came in second.

“After that meet, the coach said I had to get a physical. And, of course, it came back that I could no longer participate in sports due to my heart issues.

“I became resentful toward sports because I couldn’t play. My other two brothers were in youth sports, but I developed a hatred for sports because I wasn’t involved. I enjoyed being the mascot, but it wasn’t quite the same as playing. So, I turned to arts and music. I was even youth choir director.”

“Also, know your limit and your max. Whatever your max is, don’t try to go past that especially if you’re working out by yourself. If you try to push past your max, get a workout partner who can spot you to avoid injury. That is, when we’re able to once again be in close proximity to other people.

“Whatever you do, make sure you enjoy it. If you don’t, you won’t keep up with it long-term.”

Fitness goal: “I’d like to have bigger legs, glutes and arms.”

“I don’t track calories. I eat whatever I want. I may occasionally have pizza or whatever, but I also make sure I eat plenty of fruits and vegetables.”

“I didn’t used to be that guy that ate green vegetables, but the more I learned about health and nutrition, the more I incorporated them into my diet. We weren’t meant to consume chicken fetuses and bellies of pigs, in my opinion. When you look at some of the largest animals like the gorilla or elephant, they eat plants. So, when you think about it like that, consuming more vegetables makes sense.”

“With the gyms closed and trying to practice social distancing, my workouts are a little different. Instead of being at the gym, I tend to workout outside on nice days. I’m dealing with the coronavirus situation with a level head and not getting too worked up about it. I’m going to follow the CDC’s and local entities’ direction, and do my part to keep the virus from spreading.

“I work out three times weekly. On Mondays, I work my full body. Wednesday is leg day and Friday is a full-body workout again.”

“Working out is an important component to being mentally fit. I also believe in taking a personal day when I need to. I’m not a slave to society and work. I don’t feel like I have to continue to grind without sleep in order to make it. I’ve never subscribed to that philosophy. You can’t pour from an empty cup. Prior to COVID-19, I would take a personal day and drive to the beach to just ‘whoosah.’ I love listening to the sounds of the ocean and reading a book. A nap at the beach is the best sleep. I feel refreshed and at peace after a day at the beach. I call it a ‘mental detox day.’ Can’t wait to get back to that again.”

5. Spiritual: I sit in silence and talk to God.

“I enjoy yoga class. I also meditate, and sit in total silence and pray. I talk to God.” 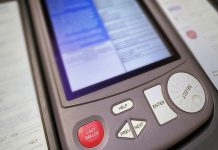 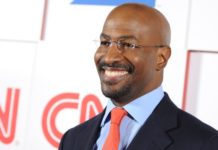 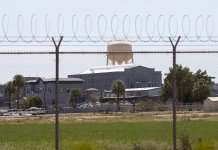 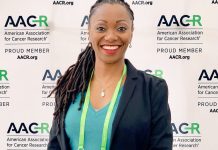