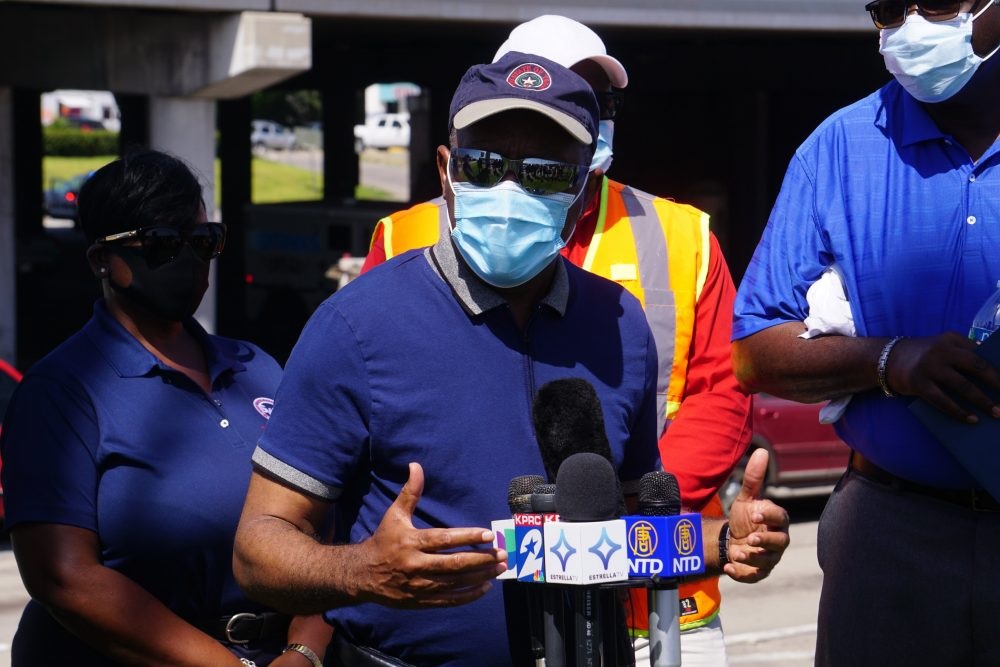 The Houston Health Department has reported less than 500 new positive COVID-19 cases for six of the last seven days, and local hospitals say the rate of coronavirus spread is beginning to slow, the latest signs that preventative measures like face coverings are beginning to have an effect across the region.

After a jump to 691 newly reported cases on Saturday, the number dropped again Sunday to just 324, and the Texas Medical Center recorded a COVID-19 reproduction rate — the daily average number of people infected by one sick person — below 1.0 for seven straight days. Keeping that number below 1.0 for 14 straight days is one sign of community control of the virus, according to the TMC.

Those positive trends were echoed across the state, as the Texas Department of State Health Services reported that COVID-19 hospitalizations have dropped to their lowest levels since June, the state’s positivity rate has dropped to its lowest percentage since June, although deaths remain high. Coronavirus deaths are considered a “lagging indicator,” because they often occur weeks after a diagnosis.

But while the hospital numbers and new cases are an encouraging sign, health experts are concerned the metrics are not on track for a swift recovery.

Some of those metrics set by city and county officials – including positive test rates and intensive care patients — remain higher than what’s needed to get the virus under control. Harris County, for example, is seeing more than double the number of daily cases it would need to drop Harris County Judge Lina Hidalgo’s highest threat level, the Houston Chronicle reported Friday.

And the testing positivity rate remains well above the 5% goal Mayor Sylvester Turner hopes to reach by the end of August. As of Friday, the seven-day average positivity rate in Texas Medical Center hospitals was 9.4%, and across the city and county, it has hovered near 15%.